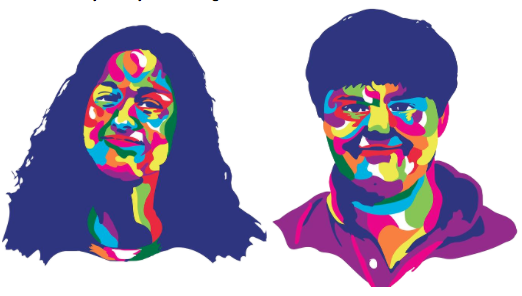 The Staples’ Gay-Straight Alliance (GSA) chapter is one of thousands across the country.

GSA is a nationwide youth network that, according to the organization’s website, aims to provide a “safety net” for students who need or want to provide support for any struggling LGBTQIA (Lesbian, Gay, Bisexual, Transgender, Queer, Intersex or Asexual) peers.

Staples students turn to the close-knit club for both comfort and mutual support.

“The club’s objective is to create a safe environment and community for LGBT+ individuals and straight allies,” Douglas Raigosa ’16, an active member since his freshman year, explained.

“I wanted to find other students who could relate to what I was going through,” Raigosa said. “I was pretty open about my orientation, but most of the people around me didn’t understand.”

But, one peer who does understand Raigosa is Halley Jonas ‘16, who joined GSA at the beginning of the school year.

Jonas describes the club’s efforts “to spread knowledge” and “preach acceptance and tolerance.”

At meetings every Thursday in the Mandarin room, members discuss a wide range of topics—from their personal lives, to upcoming events, to relevant LGBT+ issues in the media.

“We spend time talking about our lives and any problems members may be having, along with hanging out with our friends and awesome staff advisor, [world language teacher, Chris Fray],” Jonas said.

This is Fray’s seventeenth year as the staff advisor. Throughout the years, Fray has witnessed the club’s considerable growth, especially taking notice of the role cultural shifts have played in the expansion process.

“In the early years, being of a different orientation was still stigmatized. Some parents even forbade students to come to meetings,” Fray recalled. “Since then, a lot of people have come out [and] I’ve noticed a new generation of students.”

Fray describes the meetings as “social” gatherings meant to bring students, often those who feel “alienated,” together. The provision of snacks and friendly chatting at the beginning of meetings contributes to the relaxed environment.

Turnout for meetings is, on average, 20 students.

“Usually it varies, but this year we’ve had a bigger crowd,” Raigosa said.

At this year’s Club Rush, GSA members took a different approach to recruitment.

“At Club Rush we used to always give out candy, and all these people would sign up but not many would show up,” Fray explained. “This year, we didn’t give out candy. We just asked ‘Are you serious about this club?’ and the people that signed up were the ones who were serious and like-minded.”

Introduced to the club by his friends during Club Rush, Keanan Pucci ’16 is now an avid advocate of GSA.

Despite what the name may suggest, GSA encompasses a wide range of orientations.

“There are a lot of us that are straight members,” Raigosa said. “Most of us aren’t gay but another orientation. (…) I’d say it would be about half and half.”

Interestingly enough, Fray has noticed that, nationwide, a sizable amount of students have been identifying as transgender, which he considers a “new development.” In Fray’s first years teaching, it was not popular nor mainstream to identify one’s self as “trans.”

However, even with the more recognition of LGBT+ issues in the media and in schools, there is still more than can be done to educate and spread awareness.

An article on The Huffington Post reports, “while the social climate of any school is complex enough, LGBT+ students have additional barriers to overcome.” Despite considerable progress, many LGBT+ students continue to face misunderstanding, ignorance or lack of acceptance from their communities.

To spread awareness, GSA members participate in a number of events—among the most popular, the Day of Silence and True Colors.

According to the official site, on the annually held National Day of Silence, students abstain from speaking in order to “call attention to the silencing effect of anti-LGBT bullying and harassment in schools.”

This year, the Day of Silence will be held on April 17. In honor of the movement, youth motivational speaker and Rwandan Genocide survivor, Daniel Trust, will be holding a lecture at the library, where he will recount his experiences with LGBT advocacy.

GSA members also attend True Colors, a convention held each year at the University of Connecticut. There, students attend workshops and seminars aimed towards empowering youth of all sexual orientations and gender identities.

From participating in events and attending meetings, GSA members find strength in numbers and comfort in friendship.

“Our objective is to celebrate our differences rather than condemn them,” Jonas said.