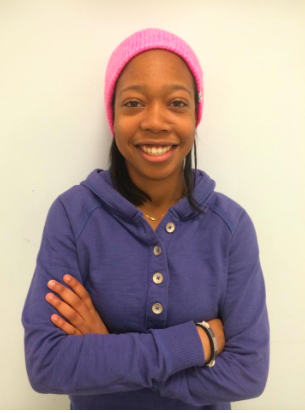 Shannon Cardoza ’15 has a simple take on life: enjoy its opportunities and be happy.

Blair Gould ’15, has shared several classes with Cardoza over the years, “She is one girl that will never leave you feeling down,” she said, “Her presence invites the world in and her laughter is totally contagious.”

Her uplifting spirit is something she hopes to spread to others not only through her infectious personality, but also with her soon-to-be position as an Emergency Medical Technician (EMT).

Cardoza had always dreamed of helping others ever since she was a little girl.

“The idea of putting someone before myself, whether it’s medical or even just making a person smile, is something that appeals to me greatly,” she said.

She spent the first few years of her childhood living with her aunt in Jamaica while her mother worked in the states. She claims that this experience without her mother is what forced her to learn how to interact with others and be comfortable in her own skin.

After joining her mother at a later age, she questioned what she wanted to do with her future. Her interest in medicine remained and after extensive research about the general field, she came across what she considers to be the best profession in medicine: nursing.

She explained how she found out that nurses have more interaction with the patients than doctors, “I want to be by their side throughout their journey,” she said, “Whether it’s from being really sick to really healthy and everything in between.”

Towards the end of her junior year, Cardoza signed up for the EMT program held at Westport EMS. It was a rigorous course that was taught over the span of eight weeks, four days a week, up to eight hours a day.

Cardoza had to juggle her duties to the program alongside her academics, which was at times a struggle.

“It was never easy,” she said, “But because I wanted it so much, that drive is what kept me going.”

Her dedication is evident; she has previously interned not only at the EMS in Westport but also at Norwalk Hospital, where she had an unforgettable experience.

It was her very first assignment where she was tending to an accident on the highway.

“It was the coolest thing I’ve ever done,” she said, “Just being in action and having a role in saving someone’s life gave me the biggest adrenaline rush of my life – in that moment I knew that this is what I was meant to do.”

What’s next for Cardoza? She has finished and passed the EMT course and is scheduled to take her final exam in February so that she can officially become certified in the state of CT, and furthermore plans on going to college to become a nurse.

“I’m right there, about to cross the finish line,” she said, “It’s an awesome feeling.”