Students find support for goals and interests in Staples clubs 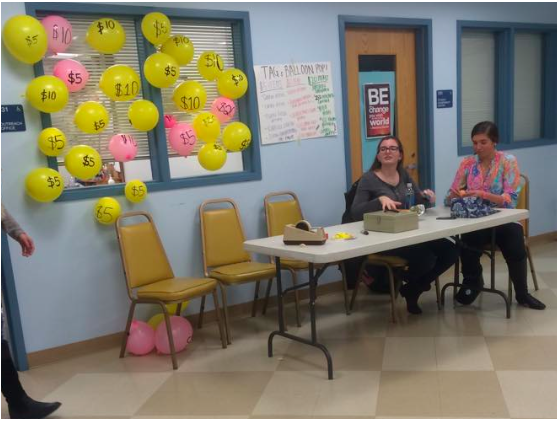 Gripping his ping pong paddle between his fingers, squeezing until his knuckles turned white, Bobby Becker ’16, co-president of the Staples Ping Pong Club, prepared to serve. The sound of the ball smacking the table cut through the room’s heavy silence. His skillful hit caused his opponent, Marcus Dimyan ’16 moved too late, missing and securing Becker his first ‘Thanksgiving Classic’ Tournament trophy.

Becker’s experience with the Ping Pong Club was just one of many examples of why clubs are so important for Staples students. All clubs, whether for charity or to explore an interest, have profound effects on the Staples community and can be incredibly rewarding for those participating in them.

Jess Shaw ’15 is another student who has found her life being changed by a Staples club. While Becker was accepting his trophy and celebrating with his fellow club members, Shaw was preparing for her first trip to the capitol building in Washington, D.C. with the Save the Children club that she founded in 2012.

“It was surreal and I felt like I was actually making a difference. I got to speak with Vice President Biden among other inspiring people about children’s issues, which was memorable,” Shaw said.

Shaw was inspired by her own experiences to create the club. “I have lived on 3 continents and been to over 40 countries; thus I have seen extreme poverty. My little sister and brother were both adopted from Guatemala. I wanted to do something more to help children in destitution around the world,” she said.

Every year at Club Rush, Staples students are given the opportunity to get involved with a plethora of clubs that appeal to their personal interests, such as the Barbeque Club, or their charitable sides. Teen Awareness Group and Phoebe’s Phriends are examples of clubs that aim to help the less fortunate.

Channing Smith ’17, co-president of the Spanish club, sees the merit in both charity and hobby based clubs.

“Charity clubs definitely see a direct result from their work, but I don’t think there is anything wrong with just having a club that can just meet without having to raise money. […] The point of having clubs is to bring people together through a common interest,” she said.