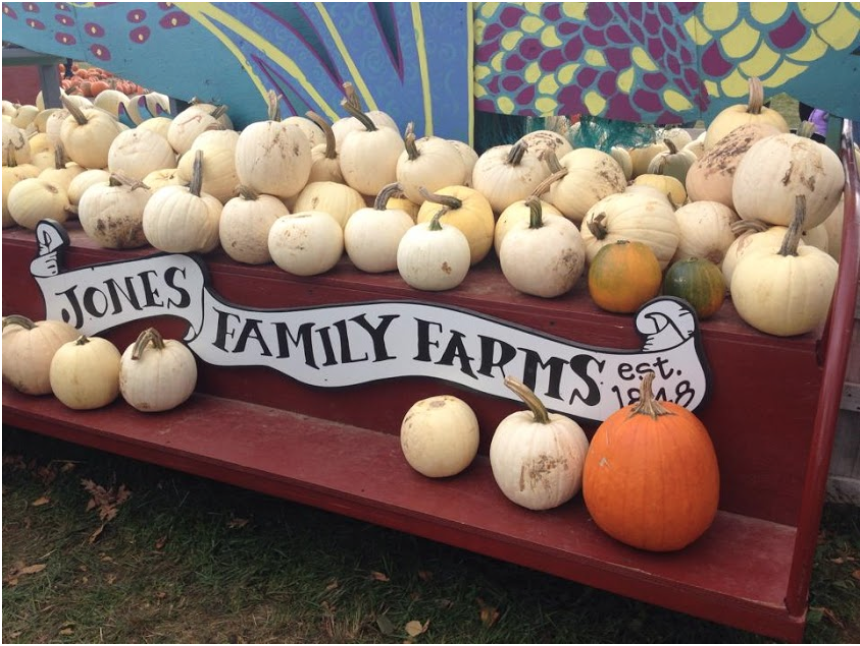 Fall leaves crunch underfoot, chatter and laughter fill the fields, the scents of apple cider and woodsmoke permeate the air; the landscape burns with autumnal hues of red, orange and yellow. Sunday, Oct. 26 could not have been a more perfect afternoon for picking pumpkins.

But finding a flawless jack-o-lantern-to-be was not the only activity Staples’ Best Buddies took part in; they also worked their way through a corn maze, and saw multiple parts of the Jones Family Farm on a hayride.

Though both girls were bundled up, Dane, rubbing her mittened hands together as the wind picked up, said, “Overall the weather was fine, not too chilly.”

When the buddies arrived at 1 p.m., the sun was shining, and the sky was blue. As the afternoon went on, clouds crept in. However, the mood was still sunny.

Member Jane Handa ’16 agreed with Dane; the best part of the afternoon was the hayride.

“We got to see more of the farm, and all of the buddies had a really good time,” Handa said.

Overall the event was a success, with Buddies bearing pumpkins of all sizes on their way out the gate. Members chattered away with their parents about their search in the sea of orange, the views admired atop the hay cart and the confusion they battled to find their way out from the tangle of corn rows as they departed.

Pumpkin picking has been a tradition of the Best Buddies for several years, but President Victoria Pappas was especially pleased with the event this year.

“Last year we went to Silverman’s, and they just had pumpkin picking. Anything else was too much [money]. Here (Jones’) is a little farther, but it’s so much fun,” she said.

Pappas most enjoyed the corn maze because of “the puzzle aspect.” However, her buddy, Emmy Shaah ’17 agreed with Dane and Handa.

“Emmy at first didn’t want to go on the hayride,” Pappas said. “But then she really enjoyed it.”