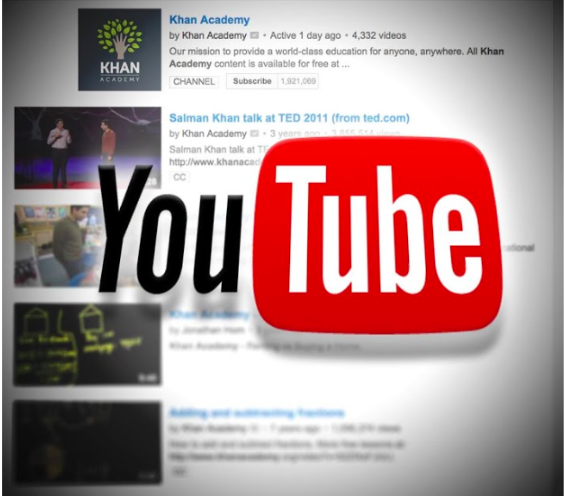 YouTube, for many, is a source of adorable baby footage or the latest high-school phenom’s highlight reel. But for some, it is actually an incredible academic resource.

In the past few years, educational YouTube channels have become more and more prevalent for members of the Staples student body. With YouTube programs such as Khan Academy, Crash Course and ACDCLeadership, students across academia are now able to access a world of knowledge from their own laptop computer.

Isabel Perry ’15 has been using YouTube as a supplementary study tool for over three years. “I started using Crash Course during my freshman year, and I’ve used it every year since, in basically every class that matches up with my schedule,” she said. “Specifically, the chemistry videos were always really helpful because I had a ton of trouble with acids and bases last year.”

While many Staples students use YouTube to study or teach, some disagree on exactly how to use it as a resource.

Though social studies teacher Sara Pinchback finds YouTube videos beneficial at times, she does not believe that it can or should replace traditional studying. Pinchback believes that videos should serve as helpful synopses of class information.

“For some students, the videos might move too fast. It’s not merely enough to just watch videos,” Pinchback said.

Conversely, math teacher Anthony Forgette, who creates and uploads videos for the Staples Math channel, sees YouTube as an effective form of teaching.

In addition to having his students check out the channel if they have forgotten how to do a problem, Forgette assigns videos for his students to watch for homework. This teaching method leaves time for Forgette to teach bigger concepts during school hours.

“I like the idea of a flipped classroom. Students can watch videos at home in order to learn mechanic and algebraic skills,” Forgette said.

Jay Mudholkar ’17 thinks using Youtube for studying is okay in moderation, similar to Pinchback’s perspective. Recently, he became a fan of Crash Course for U.S. History and Tarrou’s Chalk Talks for calculus.

“I use YouTube to reinforce topics that I am a bit blurry on when studying for tests. I don’t study a ton, so it is a good refresher for upcoming U.S. assessments,” Mudholkar said.

Perry uses YouTube not for last minute studying but rather to further her ability to comprehend what teachers are teaching in class. She watches videos on the weekend before a new unit starts.

“This way I have some idea of what my teacher is talking about during the lesson, and I can make connections to what I’ve already heard,” Perry explained.