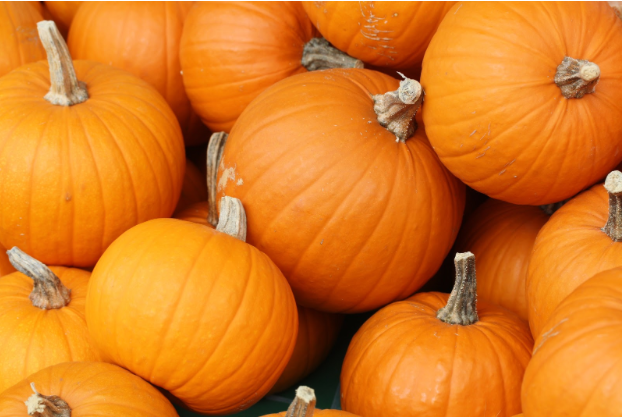 When October hits, it seems everything in sight has to do with pumpkins. Whether it’s the abundance of pumpkin food in grocery stores, pumpkin spice scented candles, or physical pumpkins on porches, they’re hard to miss.

So, here’s how to embrace pumpkin season and utilize your pumpkin to its fullest potential.

Carving is the most traditional use for pumpkins. Whether you carve with friends or family, it’s a bonding experience that spices up any doorstep. Sasha Dymant ’16 started the tradition of having friends over to carve pumpkins last year and plans on doing the same for the next two years.

“My tips are not to choose a really challenging design because although you want your pumpkin to look impressive, you don’t want to work really hard and end up having a not-so-great design on your pumpkin!” Dymant said. Templates for designs can be found in books or printed from online.

In order to carve pumpkins, the stringy insides and seeds need to be scooped out. But the seeds don’t have to go to waste. Seeds can be transformed into a crunchy, healthy snack by baking them. Seeds should be boiled in salt water for ten minutes, and then drizzled with olive oil and placed on a baking sheet. Then bake them in a 400 degree oven for 10-20 min or until golden brown.

Pumpkin flavored food is a favorite of many. People obsess over  it so much that Starbucks’ famous seasonal pumpkin spice latte came out in August this year, before people could even think about fall.

“My favorite part of the pumpkin season is trying all of the pumpkin-flavored foods around town like Trader Joe’s stocked corner of the store or pumpkin pastries from The Fresh Market,” Marisa Patel ’18 said. “Once we made pumpkin pie from scratch!”

To avoid the taste of artificial pumpkin flavors,  fresh pumpkins can be roasted, cut up, and then pureed to give recipes a seasonal feel.

A fun way to get in the fall spirit is by playing pumpkin inspired games.

“One year my cousins came over and we competed in a pumpkin toss inspired by Modern Family where you try to launch pumpkins as far as you can,” Everett Sussman ’15 said.

It’s only pumpkin season for a little while longer, so it’s the last chance to make the most of pumpkins.