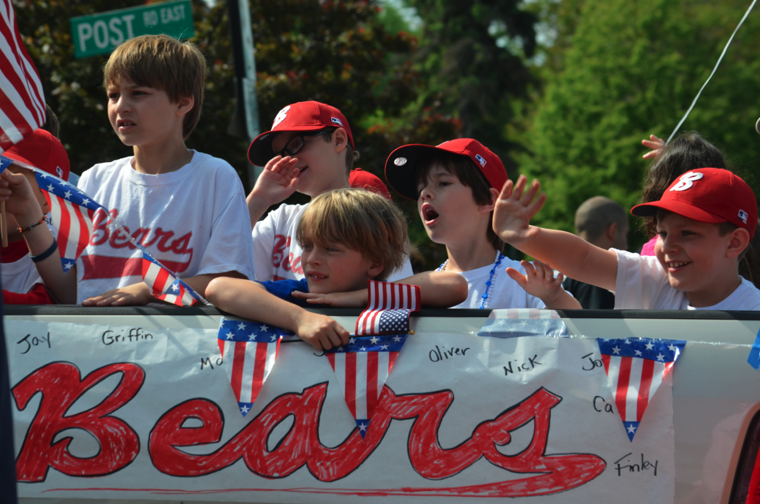 Several little league players waved to the crowd and clutched onto their American flags from the back of a decorated pick-up truck, representing their team: The Bears.

Starting at 9:00 in the morning, the annual Memorial Day parade began downtown. Westporters lined the streets, anxious to see friends and family who were participating in the parade. Young children threw candy to their fans as they represented their sports teams while others rode on top of floats and received claps for their military service. Many groups stuck to a patriotic display of decorations on their automobiles, but others were a bit more extravagant. Out of all the floats in the parade, the float created by the YMCA’s Men of Westport Weston took home the title of best overall float for the 10th year in a row.