Westport’s Academy of Dance to present “Alice in Wonderland” 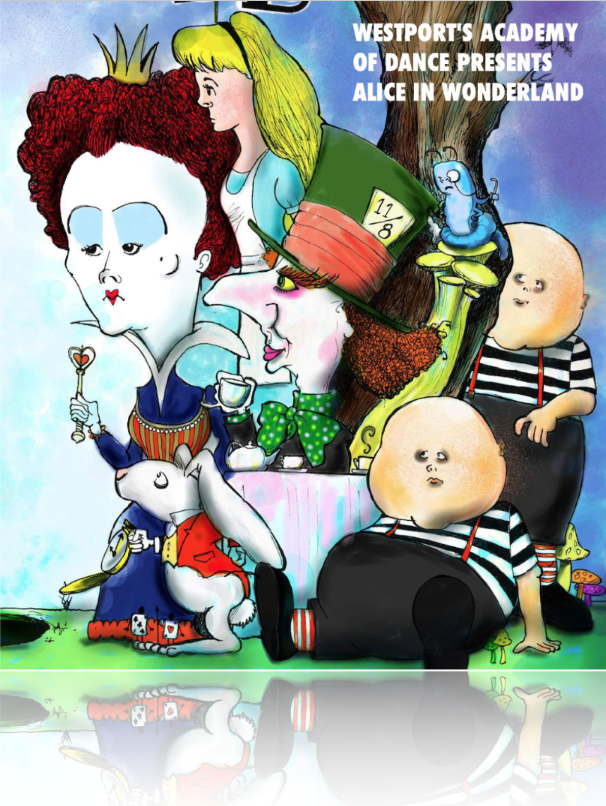 Follow Alice down the rabbit hole to Bedford Middle School this weekend to see four Staples students explore the magical world of Wonderland.

Westport’s Academy of Dance is putting on a  a dance version of “Alice in Wonderland” this Saturday, May 17th and Sunday, May 18th. Their choreographer, Courtney Poulos, has put on the show in workshop, for three years, but this will be the first real production of the show.

Lulu Busk ’17 said, “It’s a cool opportunity to turn characters I grew up reading about into an art form that I love. I also love watching the story in a different form, there are so many different age groups that really help to bring Wonderland to life.”

When Alice, a young and curious girl, chases the White Rabbit, played by Elizabeth Rhoads ’17, down a bunny hole, she finds herself in a world unknown to man-kind. Upon arrival, an elixir causes her to shrink and grow to overcome obstacles such as tiny doors and feisty mice. She has tea and crumpets at a tea party with the Mad Hatter, played by Abby Suppan ‘17, and is called upon by the hookah-smoking caterpillar, performed by Busk.

The girls seem to have so much fun rehearsing together and supporting one another in their roles. Rhoads said her favorite part, “is the caterpillar scene because Lulu’s just top notch.”

However, the actual performance appears to be the be the most exhilarating part of the experience for the dancers. “My favorite part of the show is being backstage and getting ready with friends,” Rhoads said.

“I am most excited about the performance. I love performing and think it will be so much fun to do with everyone altogether,” said Suppan.

This show features Staples students along with other kids from Westport’s middle and elementary schools, it is a can’t-miss production. So don’t be late, don’t be late for a very important date! Grab your tickets to see logic and proportion be blown out of control.

We will see you there for a head rolling performance.