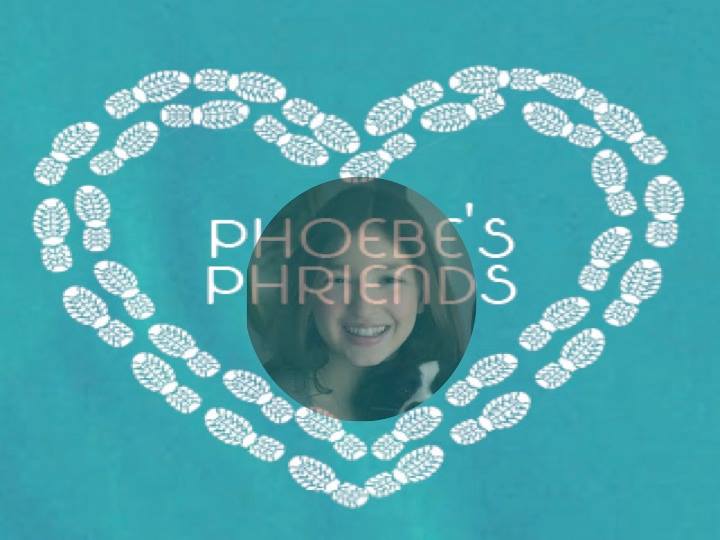 Phoebe Spear was diagnosed with osteosarcoma, a cancer that derived from a tumor on her tibia, a month before 5th grade ended and secondary leukemia after February break in 8th grade.

Spear explained that only about 400 children are diagnosed with osteosarcoma in the Unites States each year, and there is only a one-percent chance of the disease developing into secondary leukemia. “If you did out the math, my situation is pretty unlikely,” Spear ’17 said.

She started back in school at the beginning of this year and has already started helping others instead of herself.

When Spear was in the hospital, her parents, seventh grade math teacher, Paul Fletcher and eighth grade language arts teacher, Alison Laturnau temporarily renamed the Bedford relay for life team “Phoebe’s Phriends.” An anonymous Phriend also designed t-shirts with a special Phoebe’s Phriends logo. “I love this logo because the footprints are walking to show ‘love’ and our fundraiser was all about walking in the relay to show support for Phoebe,” Laturnau said.

The event raised over $10,000 for the American Cancer Society and came in second place at the Fairfield relay. It also inspired teachers and students to send gear and pictures to Spear in the hospital.

Now, Spear has helped developed that name into an official charity that raises money for cancer patients. The charity has already held a discount hair cut event and an event at Sweet Frog with donated percentages of the profits. Spear is already excitedly planning the next event, a 5k color run at Sherwood Island.

Next year, the club will come to Staples. “The only reason I didn’t start the club this year was because I was only two months out of transplant and I knew I couldn’t endure it,” Spear said.

“Doing something’ felt productive and helpful in the face of an irrational disease,” said Laturnau about her inspiration to help with the relay for life event. Pheobe’s Phriends will enable students at Staples who feel the same way make a difference.