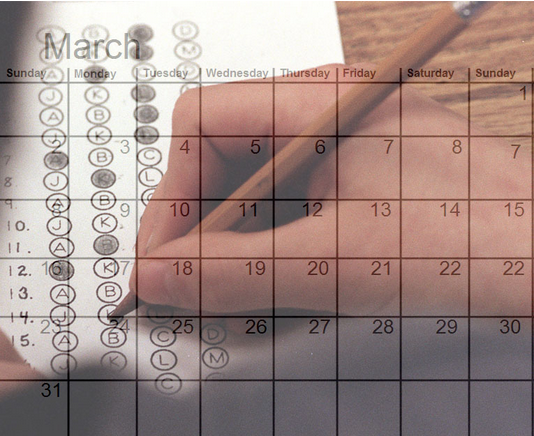 Since October, Staples has not had a month without days off. Whether it’s a long weekend or a full scale break, each month has had at least a day off to give students a chance relax and refresh.

March is one of the only months without a day off, and Staples is unlikely to have continuous snow days.

Even without any days off, many upperclassmen and freshmen don’t mind March because of the extra time with CAPT.

“Last year it was hands down the worst year because I had to take CAPT, but this year it’s great. I have two weeks of less homework and getting more sleep,” Malin Hovstadius ’15 said about March.

Lauren Clement ’16 who is currently taking CAPT agreed with Hovstadius, “March is definitely worse for sophomores because the rest of the school gets to wake up later. It feels like we always have standardized testing,”

Although sophomores do have to take two weeks of standardized tests and miss out on the opportunity of sleeping in, some don’t mind it as much.

“I think the whole ‘it sucks for sophomores’ CAPT thing gets overplayed,” said Andres Marmelo ’16. “We’re going to school at the same time as usual, it’s just more of a perk for the other grades.”

Not only is March the month for CAPT, but it also marks daylight savings, March Madness, and the first day of spring.

“I guess the only perk of March is March Madness,” Marmelo said, “I’ve even heard about a competition between every guy at Staples.”