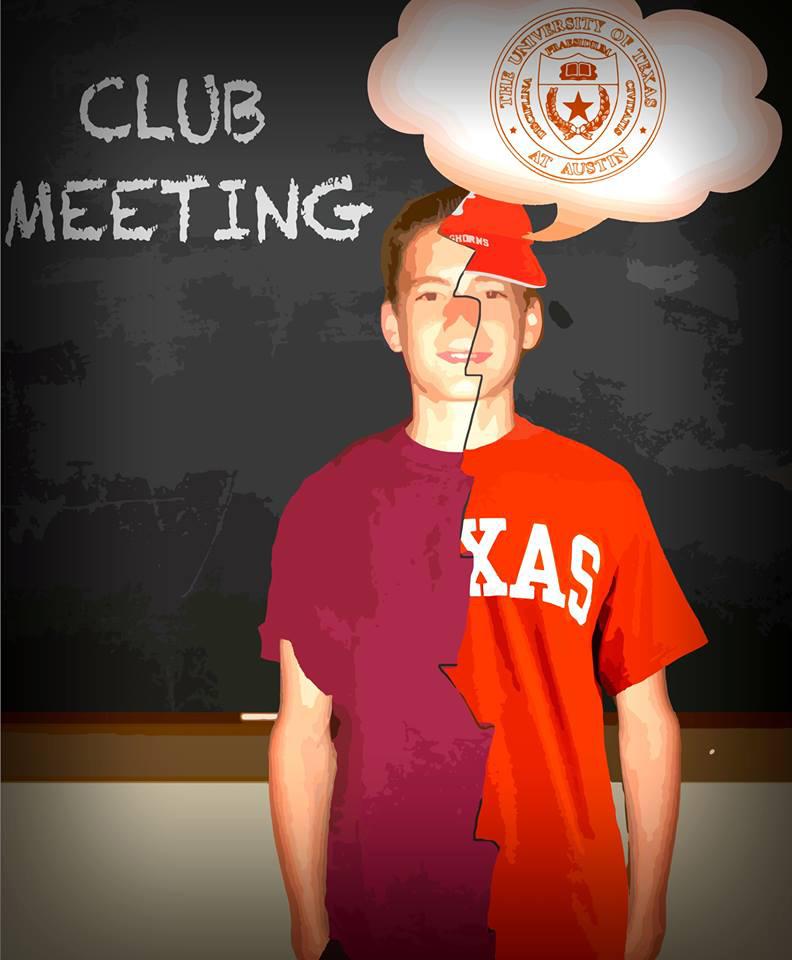 Five sophomores are huddled in a circle, their voices hushed and their eyes wide.

This is not a gossip session about the unexpected couple that just became Facebook-public or the most recent news on Justin Bieber.

This is a very tense conversation about college. And these kids, in their second year of high school, feel eerily close to the applications, campus tours  and college applications that await them in the upcoming years.

Getting into college has become the scholarly version of the Olympics: competition is high. And word on the street is, beefing up on extracurriculars is the key to these games.

According to Princeton Review’s 2013 “College Hopes & Worries Survey,” 69 percent of participants reported high stress related to college admissions during high school. Some students have become so consumed by this college craze that they see joining many clubs as something to put on their college application rather than participating in one or two activities that they genuinely enjoy.

“Kids get a lot of advice from well-meaning adults that isn’t always helpful,” guidance counselor Deborah Slocum said. “The message is ‘you must [do many extracurriculars] to get into college.’”

Amanda Mezoff ’14 agreed that students feel pressured to beat the odds of getting rejected from college.

“The college admissions process has become so arbitrary that students want to do anything they can to improve their chances of getting in,” she said.

As a result, some Staples students join or start clubs with college on their mind.

“Colleges value things such as starting a club, [which] definitely plays a big role in why people start clubs, myself included,” Kyle Baer ’15, who started the Hiking Club this school year, said. “Since college is such a big part of our lives, you want to do anything you can do to get ahead, and starting a club is a way to do just that.”

He added that colleges appreciate starting a club because it shows leadership, motivation to create something beyond oneself, and initiative to get it off the ground.

But students have recognized that investing time and effort into something solely for college does not represent them well.

“People in Westport care too much about trying to fit the requirements a college wants rather than being themselves,” said Sabra Goodarzi ’15.

“Clubs are about more than just a resume slot; they represent a passion that you have. Whether or not a college looks at it should have no impact on your doing what you love,” Baer agreed.

For some, it was simply a bonus that the extracurriculars they participated in helped with college.

“My varied extracurriculars were certainly helpful when it came to writing the  [college] applications,” Mezoff, who is a part of TRIM Music Honor Society, Lit Society and will be attending Brown University this fall, said. “I think they definitely help to take some of the focus off of numbers – GPA and test scores – and draw attention to applicants’ characters.”

Goodarzi said that adopting the Barbeque Club as a freshman was not originally a way to help with college, but as it progressed, he decided that it deserved a mention on his application.

In the end, most people agree that joining or creating a club just for college can end up hurting the student in the end.

“Colleges can tell [if you’re doing it just for college] based on how many hours you put in and if you can talk about it in an interview,” Slocum said.

Nakia Letang, Associate Director at the Office of Undergraduate Admission at Fairfield University, said that colleges do like to see students who have shown ambition, maturity, courage and leadership in starting new clubs.

“We are aware that some students participate in and/or start clubs just to make their resumes look good,” Letang said. “However, it is important to know that involvement is only one factor of many when considering a student for admission.”