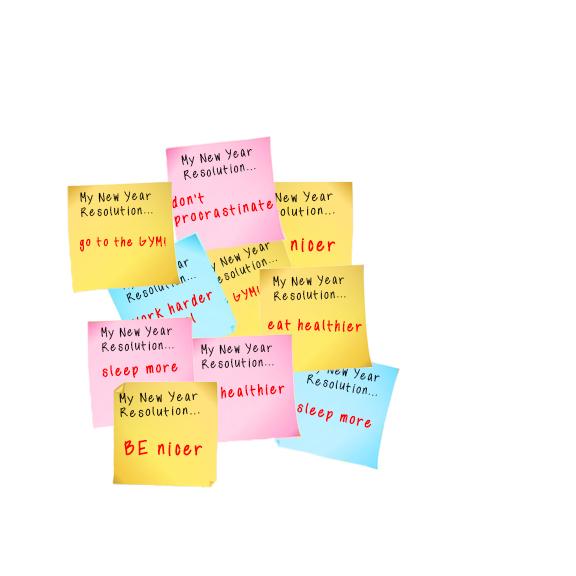 “I have had the same three or four New Year’s resolutions every year,” Christine Kaszanek, a science teacher, said. Through the years, her resolutions have remained staying organized, spending more time outside, exercising, and taking part in a creative leisure.

This year, Kaszanek said, she specifically targeted this last goal by, as she put it, “documenting [her] life” by taking more photos.

Kaszanek alleged that she usually keeps up with her resolutions for January and February but is “not quite at the endgame” by the next New Year. She expounded with a smile that even though she repeats the same resolutions every year, it is “good to set goals [because] knowing what you need to work on is half the battle.”

Kaszanek isn’t the only one who has struggled to keep up with a resolution.

Nick Greene ’16 shared that last year his New Year’s resolution was to go to the gym every day. He succeeded with his aspiration all through January, but as February rolled around, he found himself going only four times a week and then less and less as the months flew by. “New Year’s resolutions are really inflated,” Greene thoughtfully reflected.

Chris Engongoro ’14 concurred that the dilemma with these types of resolutions is that they can be set too high.

It can be hard to determine the right goal because many struggle with overcoming the obstacles that coexist with the hope of accomplishment.

In this mindset, Sammie Kurtz ’15 provided the advice of “making [the resolution] reasonable and achievable with mini goals.”

While many students and faculty members have been haunted by their repeatedly failed New Year’s resolutions, librarian Robin Stiles has already turned over a new leaf.

Stiles ambitiously exclaimed that she has begun the “challenge [of a] fresh start” with the goal of sticking to a healthy diet. She planned to “center [herself] around good habits” by taking care with the foods that she buys at the market. Stiles proudly added that she has lost nine pounds over the first two weeks of her diet.

Engongoro thinks that there’s one way to achieve a New Year’s resolution. As he puts it, “make it possible and easy.”