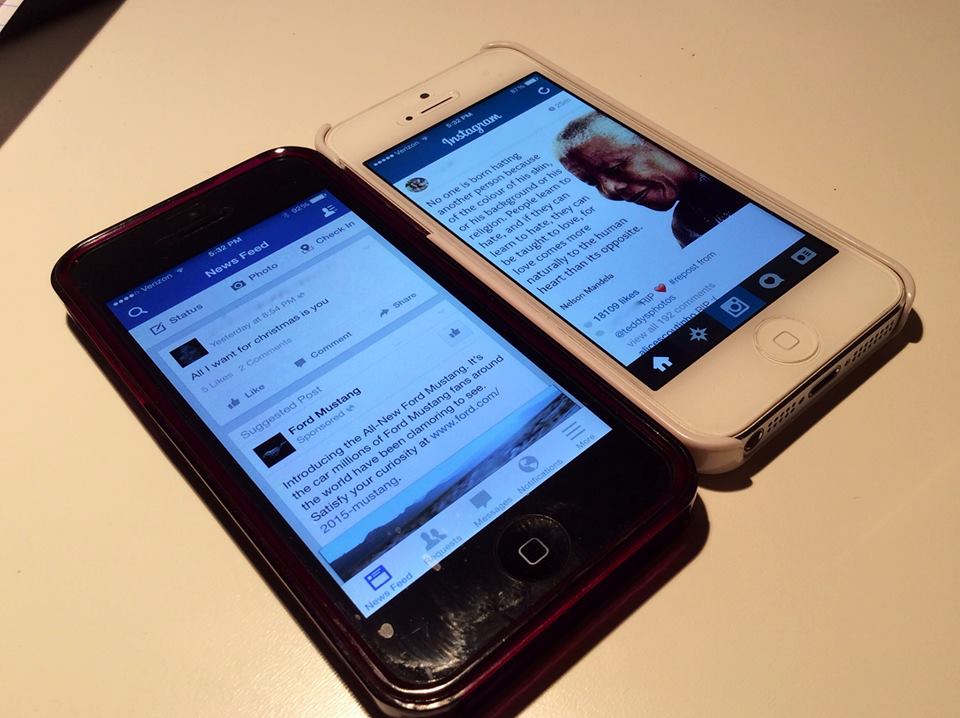 When waiting for the bus in the morning, walking in the halls during passing time, or taking breaks while doing homework, many Staples’ students tap and scroll away on their iPhones. Recently, they may have been looking through pictures of Starbucks drinks and selfies instead of new profile pictures and wall posts.

“I use Instagram more than Facebook because it’s not as annoying with posts and notifications, and I find it more entertaining,” Amanda Zager ’17 said.

Instagram may be the “new Facebook” for some teens, but both social networking platforms still have their unique features that satisfy different people.

“They are both good for different reasons,” Gabby Perry ’16 said.

However, the similarities stop there.

Zager and Perry both agree that Facebook is more personal, while Instagram can be more connected with the rest of the world.

“I just use Facebook for clubs and sports,” Zager said. Almost all clubs, sports teams, and even classes have groups on Facebook. These groups are used to alert members of meetings or tests, for members to ask questions, and many other things.

The similarities and differences between the two social platforms are what make them unique, even if Instagram is replacing Facebook in some teens’ lives.

Whether it’s followers or friends, pictures or statuses, accounts or profiles, both Instagram and Facebook have something for everyone.