When They Were Young 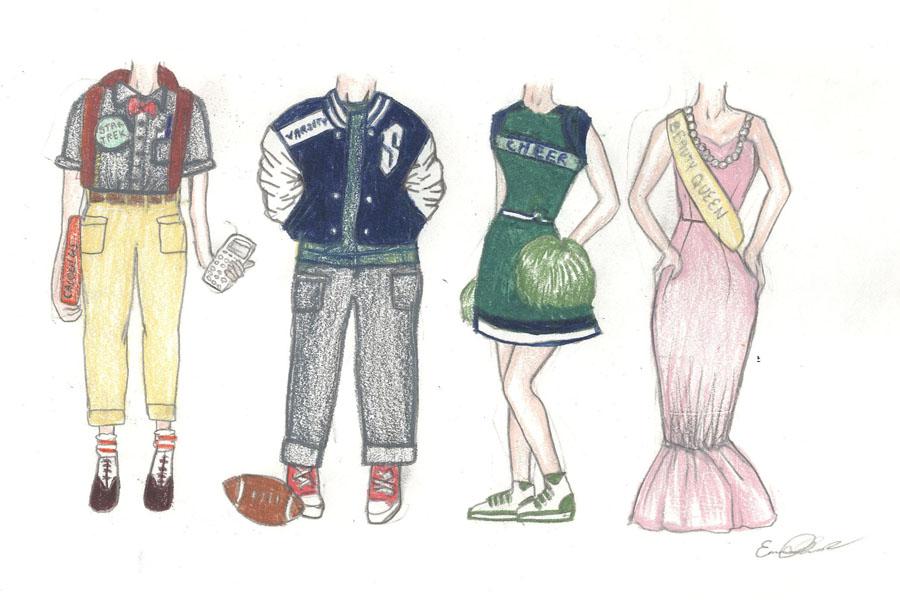 Have you ever freaked out after seeing one of your teachers outside of school? You thought that your teachers slept, ate, and lived at school, right? Turns out, teachers do more than just grade; they actually have lives! They even went to high school, just like you and me! Weird, huh?

Now try and imagine what your teachers were like in high school. Were they jocks, theater geeks, or computer nerds? Or were they just regular teenagers? It’s hard to say just by looking at them. When we look at our teachers, we just see adults, and it’s pretty hard to imagine what they were like when they were our age.

Robin Hurlbut is a beloved math teacher at Staples. Not only do the students she teaches love her, but she was also adored by her fellow high school peers.

Hurlbut also received other awards, as she was voted homecoming queen twice during her high school years.

Now, what about the school pranksters? Believe it or not, but some faculty members at our school were just those kinds of students.

“My friends and I toilet papered our history teacher’s house,” Attendance Coordinator Patty McQuone said. “Then when I was putting toilet paper on his door he turned on the lights. I took off running, and I was crying because I was so scared.”

“In high school my group of friends and I swayed the prom song by doing a write in,” Hirth said. “They were going to be all romantic songs but we changed it to ‘Shook Me All Night Long.’”

Teachers have basically spent their whole lives in school. All of their adolescent years, college years, and years as an adult have been spent either learning or educating, so it’s no shock that many teachers were good and motivated students in high school

“I was serious about doing the best I could,” said Staples High School English teacher DelShortliff. “It didn’t take a lot of effort for me to be a good English student.”

Along with being a serious student, Shortliff was also the leader of many of his school clubs including the president of the student government and the editor of the literary magazine.

Last but not least, we get to the final high school stereotype: the jock. Sports are common amongst many students, and teachers got to play a part in the fun when they were high school students as well.

“I was physically active and I played three sports a year,” gym teacher Janet Zamary said. “I played field hockey, track and field, and basketball.”

Although we students may feel like teachers don’t understand our stress, they do. They were students once, just like us, and they had many of the same experiences.

So next time you see your teacher out of school, remember that they were once high school teenagers and give them a friendly “hello,” instead of running away.