Oral Cancer Rate Among Sexually Active Teens on the Rise 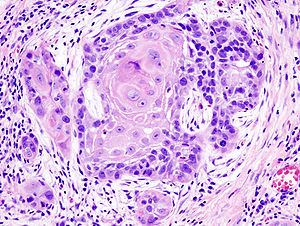 When the most people hear the term “oral cancer,” they usually associate it with men with yellow teeth who have smoked or chewed tobacco their entire life.

What most don’t know is that people of any age or gender are susceptible to the disease, regardless of their smoking habits, through a virus linked to childhood warts: the Human Papilloma Virus (HPV).

“It’s crazy how you and I think that I don’t smoke, I can’t get oral cancer. But if you’re just sexually active you have the risk for getting oral cancer because of the HPV virus,” Southport dentist Joseph Piliero said.

HPV is a virus that affects the skin and mucosal parts of the body. Though most of the 120 strains of the virus are benign, the ones that are sexually transmitted are harmful and can trigger the onset of serious diseases such as cervical cancer, vaginal cancer, and genital warts. Cells of the mouth, which are squamous epithelial cells very similar to those of the cervix and vagina, can be targeted by the strains HPV-16 and HPV-18. Those targeted cells become squamous cell carcinomas: oral cancer cells.

Though smoking and chewing tobacco use continue to be significant risk factors for oral cancer, evidence shows that HPV has already replaced the two as the main cause of the disease. Despite the decline in tobacco usage in the past decade, the incidence of oral cancer didn’t decrease and has actually been increasing since 2007.

According to Piliero, the fastest growing segment of the oral cancer population at this point is non-smokers under the age of 50.

Now how’s that for an “old men’s” disease?

Oral cancer is a deadly disease that causes 8,000 deaths per year. The fact that it now is reaching young people, who engage in oral sexual activity unaware that they could be contracting or spreading HPV or oral cancer, is a major concern to doctors and dentists.

Because of this, Piliero says it is now “imperative” that one gets an oral cancer screening when visiting the dentist. New technologies, such as special rinses, allow dentists to detect oral cancers in ways besides the use of the naked eye. Additionally, Piliero stresses the remaining need to avoid tobacco and alcohol, as those who use these products have a 15 percent greater risk of developing an oral cancer than those who don’t.

Students in Staples High School need to know the weight and possible risks of being sexually active, and the fact that more and more diseases are being linked to this extremely common and under-the-radar