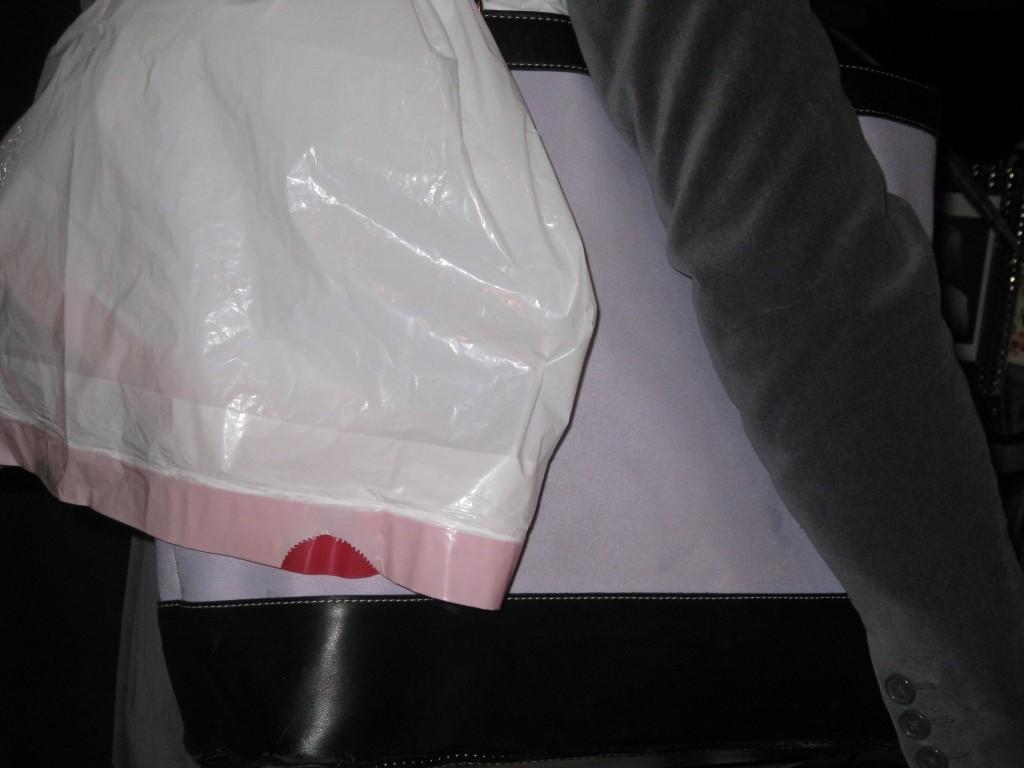 As part of the AP Environmental project, students must carry around their garbage for one week in a plastic bag. | Photo by Kate Mcnee

For one week, every AP Environmental student carried two bags around the school: one with their usual school supplies, and one with nothing else but garbage.

During the week of March 8, AP Environmental students, as part of a project that the class has carried on for the past three consecutive years, were instructed to collect and carry all of the trash that they had generated for a week (with exception to food wastes and unsanitary items) in a garbage bag.

“We all too often throw something in the trash and forget about it. We don’t think about where it ends up and have no sense of how much waste we actually generate. This project forces [the students] to consider this and make them view their waste as an extension of themselves, so they see the extent of their impact on the planet,” said AP Environmental teacher Michael Aitkenhead.

Students were not graded on the amount of garbage they collected by the end. But, Gabe Block ’11 shared that he felt that there was somewhat of a “competitive air” throughout the project to look greener.

One feature of the assignment was that students could tattle on fellow students who they saw without a bag (students were supposed to carry them around everywhere).

On average, students collected 2-4 lbs of garbage. Some of the students voiced that the storm, which happened to occur that same week, affected the amount of garbage they collected.

“My house lost power for six days and I collected less garbage than most people, so I think that not having power led to a greener lifestyle that week because I was thinking more about conservation,” Block stated.

Students also said that other variables, such as a largely unprocessed diet, may have affected how much garbage they individually accumulated.

Looking back, most students feel that the project had a positive impact on them, as it revealed that their recycling and waste-generating habits could use work.

“I became more aware of the fact that a lot of the garbage I generated could have been recycled, or I could have used reusable items instead of disposable ones,” Hannah Bjornson ‘11 shared.

Although Block admitted that the project has not “drastically changed his lifestyle,” he did state that he is trying to recycle more after realizing how simple it is to do after taking part in the project.

Some students have actively changed their habits since the project. Tyler Book ’11 stated that he has been avoiding using paper or plastic kitchenware. Rosie Levenson ’11 stated that she has been using fewer napkins and drinking from reusable water bottles.