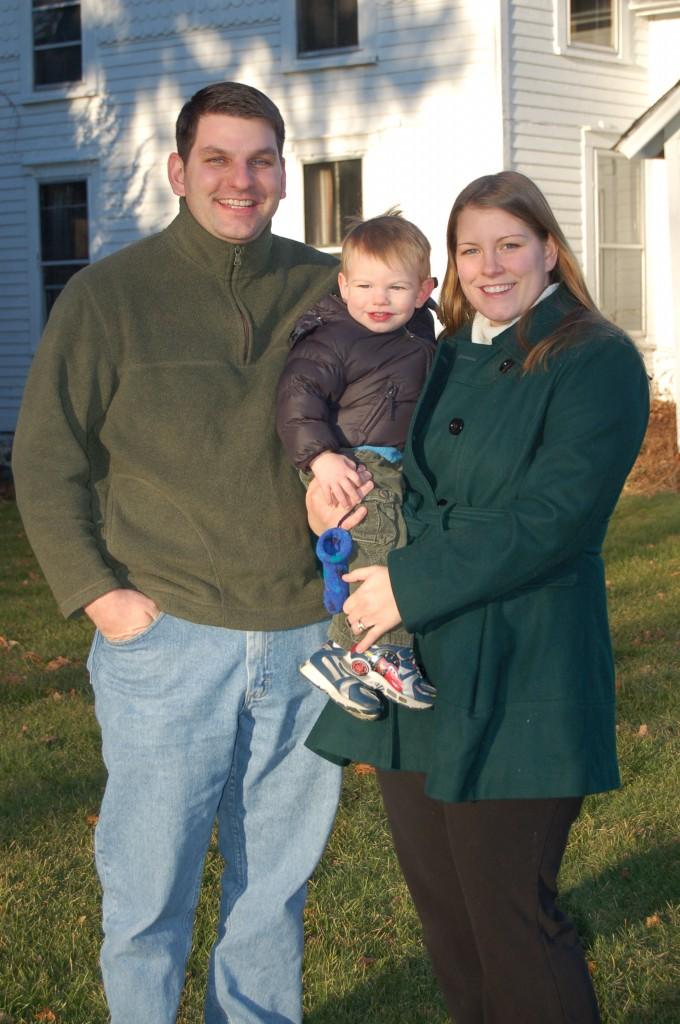 Aitkenhead and his family move to Wakeman Farm, promoting a "greener" lifestlye. | Photo Courtesy of Monique Bosch of Westport News

Michael Aitkenhead, an A.P. Environmental teacher, does what he can to cut down on energy use and promote the “green” lifestyle.

He recycles, limits his food consumption, and bikes as his use of transportation as much as possible. Aitkenhead admits that “it feels futile and hypocritical at times to do those things and then drive 30 miles to and from work.”

However, this spring Aitkenhead has a chance to cut his 30-mile commute into a 5-minute jaunt to Staples.

He and his family plan to move to the Wakeman Farm next to Bedford Middle School this April, where Aitkenhead will farm the two-acre plot of land as part of a one-year contract with the Green Village Initiative (GVI).

The offer to farm the plot came at a particularly lucky time for Aitkenhead.

“We were actually in the process of trying to sell our existing home, but we were having trouble in this market,” Aitkenhead said, “This allows us to get a slightly larger home, with a yard, to raise our son in.”

But, the positives extend far beyond more square footage and yard space.

“Above all, I get to live and breathe the very things I teach so passionately about in class,” he said, “In so many ways this opportunity is an absolute dream come true for me and my family.”

Looking back, Aitkenhead realizes the dream would never have materialized if he hadn’t made a joke to Dan Levinson, the head of the GVI.

After the finance meeting that approved the GVI Wakeman Farm, Aitkenhead wrote an e-mail to Levinson congratulating him, adding as a “whimsical joke” that if they were still looking for a family to live at the farm they would know where to find him.

“Levinson wrote back two minutes later asking if I was serious,” Aitkenhead said. After a talk with his wife and consideration for the job, the GVI accepted him and his family.

Levinson said GVI chose Aitkenhead based on his “knowledge of and commitment to the environmental field and his standing in the Staples and Westport community.”

While Aitkenhead and his wife signed a yearly contract, the opportunity to farm and live on the land could last longer.

“If we find that we like the position, we would hope that it could play out as a long term opportunity – perhaps several years,” Aitkenhead said.

As to the decision to become a full-fledged farmer, Aitkenhead said it was a “no-brainer.”

“I often thought that the time might come [to farm] after retirement when I’m old and grey, but now I get to be part of this amazing adventure in the prime of my life,” he said.

So what will living and working on the farm involve?

Aitkenhead said the farm will primarily be an “educational facility and model for others to follow,” with an extensive garden to provide food for his family. Students and adults alike will be able to see the farm as an example of environmentally sustainable agriculture.

Additionally, the farm will house regular workshops, offer senior interns a chance to work on the property in May and June, and incorporate after-school programs for middle and elementary school students.

Come the summer, Aitkenhead hopes regular camp programs and apprenticeship programs for older students will be held, to transform the farm into something more powerful: “I hope to extend the learning beyond just the gardening/farming aspect [and] make the property a true model of green living,” he said.

“We have a lot of work to do for that to happen, so our fingers are crossed,” Levinson said.