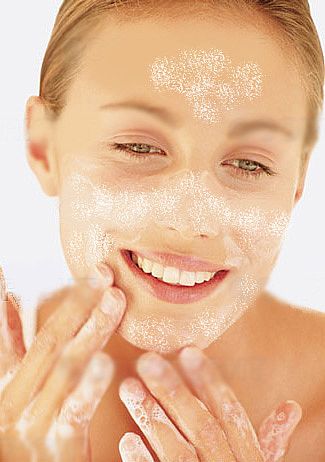 Every teenager has been there: waking up and realizing their face is redder and bumpier than usual. There are common inaccuracies that everyone has heard regarding ridding themselves of acne, it’s hard to discern what will actually work.  Never fear: Dr. Luck, a Westport Dermatologist, confirms acne realities and dispels some widely believed acne myths.

Junk food causes acne – False
Acne is caused by clogged pores resulting from the effects of male hormone production on hair follicles and the sebaceous gland (glands in the skin which secrete oil). Bacteria in these clogged pores causes an immunologic and inflammatory response producing those annoying red bumps called pimples. While junk food is not the cause of acne, ingesting large amount of iodinated salts, seafood, and kelp can aggravate already

Washing your face a lot will make it go away – False
The severe scrubbing of skin will aggravate existing acne. Instead, Dr Luck recommends a topical benzoyl peroxide cream or facewash. These products, such as Clean & Clear Continuous Control Acne Cleanser and the Neutrogena Clear Pore Cleanser, recommended for once or twice daily use, are better for managing annoying acne. For more severe cases of acne Dr. Luck prescribes oral antibiotics. Severe cases or inflammatory acne is caused when there is break in the follicle wall and white blood cells rush in.

Popping pimples will make them go away faster – False
Popping pimples releases the pus contained within them, which can cause the follicle wall to break. Cysts and scars occur from this breakage. If the pus does not express itself on the visible layer of the skin, the procedure actually increases redness and irritation and worsen the condition. However if the pus does express itself, the zit will go away but beware of a lasting scar in its place.

“It will get you eventually.” – Sort of true
Because acne affects the vast majority of people, this statement can be interpreted as true. Acne affects 80 percent of teenagers. It usually occurs in people 13-15 years old. As a group, males get acne more commonly than females do. Many adult women get acne for the first time; however this is uncommon in males.

There are many myths about acne, but the best way to combat it is to just be consistent. Follow a cleansing routine and stick to it. However, if you are concerned about severe acne make sure to see a dermatologist.