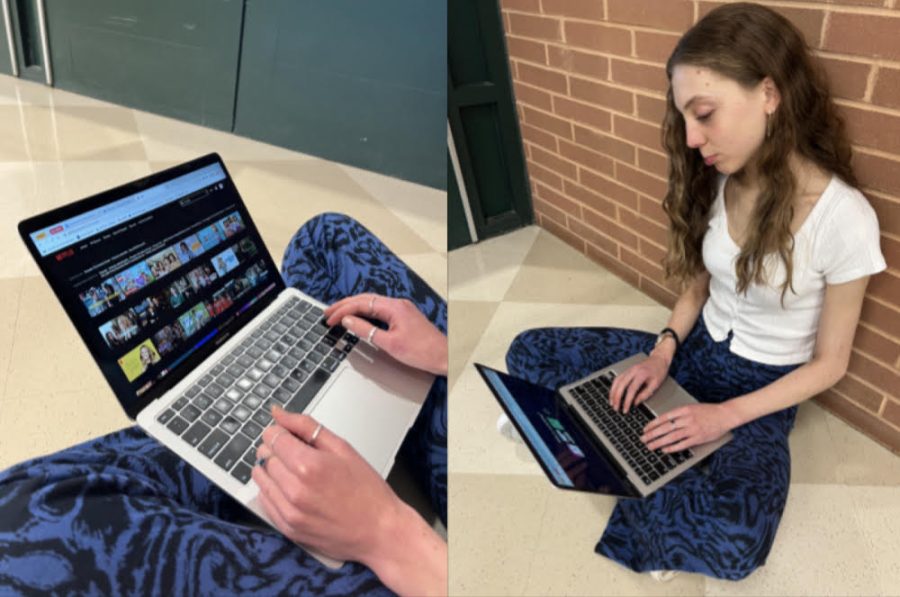 Tessa Cassell ’24 consistently checks to see if her favorite show “Friends” has returned to Netflix. After viewing it for the last time in 2019, she turns to cable television to occasionally watch replays of randomly selected episodes, realizing that the app isn’t as worth it.

It’s finally Friday night and after a day full of long classes, sports games and driving around, you and your closest group of friends pile onto the couch, scramble for the remote and finally are greeted by red lighting up the room with one of most well known logos appearing– it’s time for Netflix. Unfortunately, despite everyone feeling eager to deep dive into their fan favorites, like a mysterious episode of “Pretty Little Liars” or a heartfelt episode of “Friends”, both are no longer available.

According to NBC news, in the first quarter of 2022, Netflix reported losing 200,000 subscribers due to the increase of subscription prices, the removal of popular shows and the new selection of titles. Popular titles like “Top Gun,” “Hairspray,”  “The Final Destination,” “Wildthings,” “Free Willy,” and “Coach Carter,” were all removed from the streaming service this May. After the recent changes, many have started to question whether this popular streaming service lives up to its hype and is still worth their time and subscription.

“Growing up, I remember always watching the show ‘Friends’ with my family, surrounding the tv and just laughing,” Tessa Cassell ’24 said. “Once I got a little older and was reintroduced to it, I watched episode after episode on Netflix, realizing how much of a comfort show it was for me and was so sad to see it go.”

Cassell noted that the price of Netflix per month is extremely high and the replacements to shows seem to not be as entertaining as what used to stand in their places.

Teddy Deustch ’24, a loyal subscriber to Netflix for years, takes a different stance on the current news than Cassell.

“I know it can be pretty pricey, but there are hundreds of different films to watch,” Deustch said. “I think Netflix removing a title that has been on the website for ages opens the opportunity to watch something new and expand your interests because change is good.”