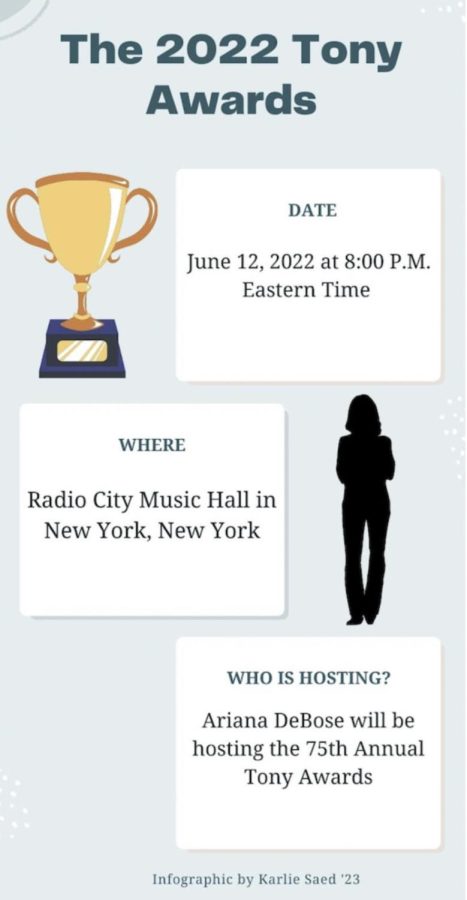 The 2022 Annual Tony Awards will be hosted by Ariana DeBose on June 12. They will take place at Radio City Music Hall in New York City. The Tony Awards are awards for excellence in Broadway theater.

Rhonda LaChanze Sapp, professionally known as LaChanze in the theater industry, is an American actress, dancer and singer, who was born and raised in Bridgeport, Connecticut. LaChanze was nominated for a Tony Award for her performance as Wiletta Mayer in the Broadway show “Trouble in Mind.”

As a child, her mother would enroll her in acting lessons and dance classes. Her whole family was always involved with some sort of performing arts, so from an early age, LeChanze knew where she belonged.

LaChanze is best known for her role as Celie Harris Johnson in “The Color Purple.” She also has notable roles and performances in Broadway musicals such as “A Christmas Carol” and “Summer: The Donna Summer Musical.”

LaChanze was nominated in the category of “best performance by an actress in a leading role in a play.” The play she starred in was written by Alice Childress and focuses on an experienced Black actress and her struggles with racism in the theater community and how she deals with those hardships.

The actress has received phenomenal reviews from her role as Wiletta. Jesse Green, one of The New York Times’s theater critics, wrote that “she got the character’s arc just right in a wonderfully rangy compelling performance.”

The actress became successful from her debut in the Lynn Ahrens and Stephen Flaherty musical in which she played the role of Ti Moune in 1990. She received nominations as best actress in a featured role and drama desk award as outstanding actress in a leading role in a musical.

Before her Broadway debut, LaChanze started her acting career in high school, following through with it at New Haven’s Bowen/Peters School of Dance. There, she began to dapple in acting, dancing and singing.

“I cut my teeth performing there and I studied jazz, ballet, tap, and African movement and all other sorts of things,” LaChanze said in an interview with Hearst Connecticut Media.

This is her fourth nomination for a Tony. She previously won a Tony in 2006 for her performance in “The Color Purple.”