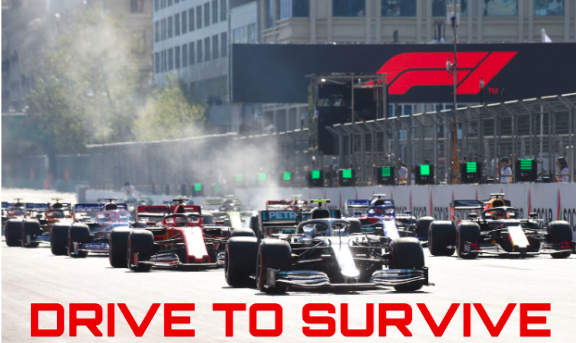 Following each Formula 1 season full of intense racing, fierce rivalries and emotional outcomes, Netflix releases a season of “Drive to Survive,” a 10-episode special that dives deep into the sport both on and off the track. Drivers and team principals are interviewed, private meetings are recorded and most importantly, there is a certain level of rawness that is not seen throughout the season during race weekends when aired on live television.

After an entertaining yet nail-biting end to the 2021 season, I was ecstatic to learn more about how the year unfolded for all the drivers and watch as the tensions between teams increased. However, I found that the show provided somewhat selective material and skipped a lot of key factors and figures of the previous racing season.

The fourth season of “Drive to Survive” was released on March 13, just one week before the first race of 2022, located in Bahrain. This was the perfect time to reflect back on the year before and to get fans excited for the upcoming season.

The show did an excellent job of highlighting some of the main controversies of the 2021 season, including the new driver lineup at the Haas team, confidence levels within rookie drivers and most of all, the rivalry between Mercedes driver Lewis Hamilton and Red Bull driver Max Verstappen. Through the amazing editing skills and range of interviews gathered, I felt like I was reliving past races and experiencing them for the first time again. The video quality is always so shocking to me as well; the cars are traveling over 200 miles an hour at times, yet are still captured so effortlessly.

However, I noticed there was a lack of coverage on some of the smaller, less controversial teams. The show seemed to skip over some less popular drivers and instead focused on the same few people, which has been a point of criticism for the past three seasons as well. This also overshadows other big achievements that fans would enjoy more airtime of, like former Ferrari driver Kimi Räikkönen’s retirement.

Additionally, many drivers and important figures have started declining interviews for the docuseries out of fear of being overdramatized and taken out of context. The most outspoken about this issue is 2021 World Champion Verstappen, who claimed the show was fake and created unnecessary drama. Fans were extremely upset by this decision, as Verstappen’s rivalry with Hamilton on the track was easily one of the most exciting championship fights in history.

Overall, “Drive to the Survive” unraveled so many aspects of the sport that I was unaware of and  showed how politics and money- not just talent- play a huge role in a driver’s success. I would recommend this show to anyone remotely interested in Formula 1 as it is a great, detailed introduction to the complex sport. I rate it four out of five stars.