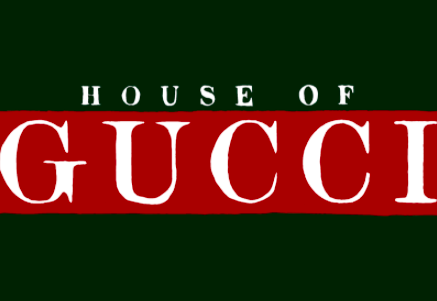 New hit movie, 'House of Gucci,' is already looking at Oscars between its originality, intricate fashion and committed actors.

The movie “House of Gucci”, released on Nov. 26,  features murder, wealth and romance that quickly intrigues in this retelling of Maurizio Gucci’s murder.

Set in 1980s Milan, the film opens introducing Patrizia Reggiani (Lady Gaga), as she attempts to capture the Gucci dynasty. Married into the dynasty through Marizio,(Adam Driver), Patrizia shows the determination and gritas she seeks to bring Gucci to its fullest potential. Patrizia is best described as manipulating, intelligent and fiery.

Gaga’s acting abilities are to thank for the Patrizia role being so tuned into female empowerment. According to NPR, Gaga desired to make sure she was representing “women and survival.”

Despite backlash from the actual Gucci family after the film’s release, Jared Leto, playing Maurizio Gucci’s cousin, Paolo Gucci, and Gaga are looking at possible Oscars.

Leto and Gaga performed outstandingly, especially with Leto embracing his cousin role as the underdog no one’s rooting for. Both Leto and Gaga also sacrificed their mental health to method act (when an actor commits to living the life of the character they are playing for an extensive amount of time).

Leto is notorious for the extremity of his method acting techniques, as he terrorized his castmates when he starred as the Joker and fluctuates his weight for his roles, but Gaga’s commitment to method acting was more of a surprise. According to Buzzfeed, Gaga, or should I say Patrizia, found herself unsure of when filming stopped and reality started. She often got to the point of throwing up from anxiety or exhaustion due to her fully embracing the greedy and materialistic Patrizia lifestyle.

The film’s costumes are also looking at earning some awards, according to Variety.The quality of the costumes in the film speak for themselves, designed by well-known British costume designer Janty Yates. As ELLE magazine reveals, Yates took into account the descriptions of Maurizio and Patricia’s interactions in the 1980s from Sara Gay Forden’s book: The House of Gucci: A Sensational Story of Murder, Madness, Glamour, and Greed. Down to the red dress Maurizio “couldn’t take his eyes off of” in 1970 when he met Patrizia, Yates ensured that the Guccis dressed right.

I rate this movie four and a half out of five stars. Between the limitless amount of work that was put into the production, the stellar acting and the fascinating topic it surrounds, the four and a half is much deserved. I encourage all to watch it, especially with consideration of how much went into the film. It isn’t often that so much passion is put into a story like this.