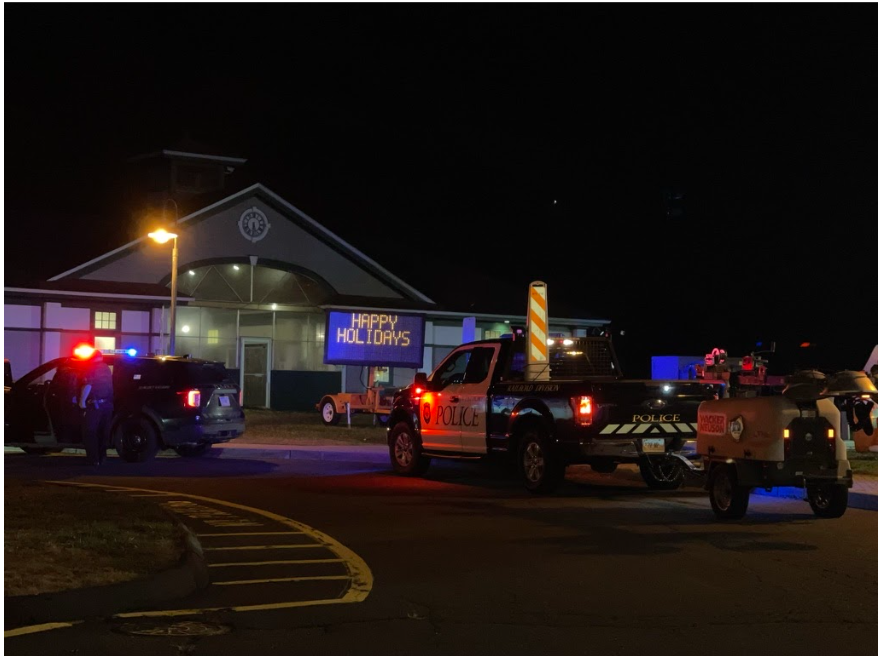 The Westport Winter Wonderland event took place at the Westport PAL Rink and was organized by Westport PAL, LivFree and Al’s Angels on Dec. 4.

Westport’s second Winter Wonderland event, hosted by Westport PAL, Al’s Angels and LivFree, took place on Dec. 4 at the Westport PAL ice rink at Longshore. The event was organized to have many holiday-themed activities, including a visit from Santa, holiday carolers, a campfire and ice skating in an effort to raise money to support children battling cancer. The event was free to enter, but many families chose to donate to the cause.
“This event is a great way for families to gather for some good old-fashioned fun,” Daniel Vieira, president of LivFree, said in a news release. “This is the second year we have partnered with Officer Craig Bergamo and Westport’s Police Athletic League, and the first year we welcome Al Diguido, founder of Al’s Angels.”
Vieira hopes that Westport residents enjoyed the event, and wishes to continue this event in the future.
“We are also hoping that Winter Wonderland becomes an annual event and tradition in Fairfield County for years to come,” Vieira said.

Despite the cold weather on the night of the event, the atmosphere created by the organizers was warm and welcoming. As the event was designed for families to enjoy a festive evening, the activities presented were accustomed to do just that. Children laughed and played with Santa, and parents enjoyed spending time with the Westport residents.
Ultimately, this event proved to be valuable in the sense that Westporters were able to attend an event that supports a critical cause, while also having a festive and cheerful evening. Following the success of this year’s event, Westport residents should attend this event in the future.