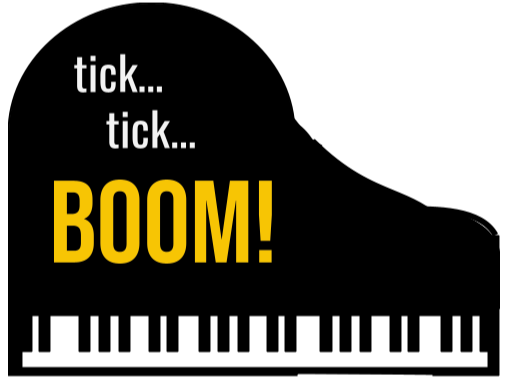 “Tick, Tick...Boom” is a film adaptation of an autobiographical musical by Jonathan Larson, played by Andrew Garfield, which follows his life as an aspiring composer in “Hamilton” creator Lin-Manuel Miranda’s directorial debut.

The bright lights of a Broadway marquee are a true spectacle to behold, and any aspiring performer or theater composer fixates their gaze between the top and bottom rows of lights, hoping one day their name will occupy the white space.

A love letter to Broadway’s eccentric artists and an artful tribute to one such artist who made the aforementioned dream his lifelong labor, “Tick, Tick…Boom” is a film-adaptation of Jonathan Larson’s quasi-autobiographical musical which bounces between the realities of Larson’s life and his performance in his one-man show.

The film begins at the dawn of Larson’s birthday, mourning the day as he feels he has yet to accomplish anything and his time to make any theatrical contribution is waning. The coming of his birthday also coincides with the first workshop of a sci-fi rock musical, a passion project nearly a decade in the making. As the date of the workshop dwells nearer and pressure builds to write an integral solo for the female lead, he overlooks his girlfriend Susan (Alexandra Shipp), his coworker at Moondance Diner is hospitalized with AIDS and he neglects his best friend Michael (Robin de Jesús) who recently moved out from the apartment they shared. To surmount the pressure he feels from every which way, he buries himself in his work to the detriment of the other components of his life.

From his gangly stature, his depiction of an artist’s frustration to produce an exemplary commentary that conveys all that he thinks and the anxieties of adulthood, Andrew Garfield presents a masterful portrayal of the late musical theater composer. While Garfield manages to carry a tune, it is in his embodiment of Larson’s physicality and erratic, fervent character that he steals every scene.

Garfield’s adept performance is complimented by “Hamilton” creator Lin-Manuel Miranda’s skilled handling of the original musical adaptation and reverence for Larson in an exceptional directorial debut. Equipped with the knowledge of the struggles and sweeping fervor that an artist encounters in crafting artwork, Miranda places a personal touch that creatively encapsulates the magic of artistic creation and theater.

The film is at its best when it is self-aware and embraces the grandeur and dramatics of the theater. In a nod to Stephen Sondheim’s “Sunday in the Park with George,” “Sunday” is a whimsical number theater lovers will wish to revisit to catch every easter egg. The scene begins in the confines of a diner, but with each Broadway star cameo, the theatrical stakes are raised until the walls of the diner fall and Garfield conducts the singers from the streets of the city.

But there are some faults to the story, as the film falls into the traps biopics often do. Some emotional points in the film fall short, suffering from the lack of screen time the supporting cast possesses as the depth of certain relationships is not explored sufficiently. Furthermore, at times, the seams of a green screen background prove to be distracting.

While some theater fans may decry the exclusion of Larson’s magnum opus from the film, the absence of “Rent” elicits a greater understanding of the piece’s origins and conveys his growth as a composer. The seeds of “Rent” are present in the circumstances of Larson’s life: a girlfriend who is a dancer, the name of his friend and the loss of companionship at the hand of AIDS. Throughout the film, Larson is implored to write what he knows about, advice he applies in the rock musical.

“Tick, Tick…Boom” is a celebration of both creative expression and the life theater gives, and in doing so displays the spirit of Larson lives on in artists today.