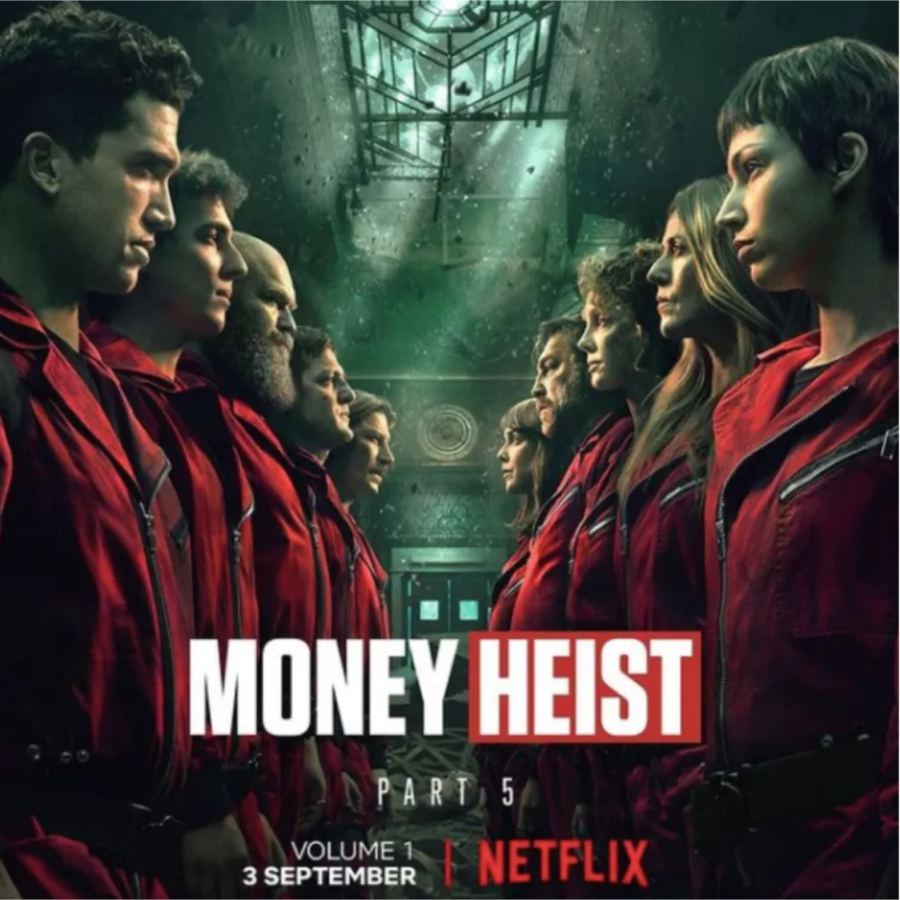 Money Heist season five came out on Sept. 3 on Netflix. It is the fifth and final season, and has been split into two volumes. The second volume comes out on Nov. 3.

Do you like robbing banks? Do you like executing robberies with the precision of military operations, even more so than the actual military? Do you like action, strategy and drama all in one 40-minute episode? If so, then you’ll be glad to hear that “Money Heist” has all of that and they just came out with a new season.
“Money Heist” is a Netflix crime heist show that takes place in Spain and was originally written in Spanish. The show depicts a gang of criminals who rob massive government banks. The complex plans for the heists are developed by The Professor, who is played by Alvaro Morte.
The fourth and previous seasons of the show ended on a cliffhanger, which makes the beginning of the current fifth season epic.

The fifth season starts on the exact same scene of The Professor being caught by a pregnant former cop.
The first episode signals that the tension between the bank robbers and the police who have besieged the National Reserve is about to come to a head.
Further, the acting is executed perfectly. The chief of police, played by Fernando Cayo, issues firm orders and is extremely corrupt.
In one scene, he goes against the morals of his own job. “Evidence can be fabricated if needed,” he said. He goes against everything his job stands for, decreasing trust in the police and creating complex characters.
The particularly interesting aspect of the show is the fact that the audience is aware that any of the characters could die at any moment, increasing the anticipation and fear.
This season of the show is being released in two volumes; the first of which came out on Sept. 3, and the second will be released on Nov. 3.
The only problem is that it’s a very plot-based show, meaning that most of the episodes will end on cliffhangers, and it is imperative that viewers watch the previous seasons to know what’s going on because this show can’t just be picked up from its latest season.
Despite the minimal critiques, this season is going to be fantastic.