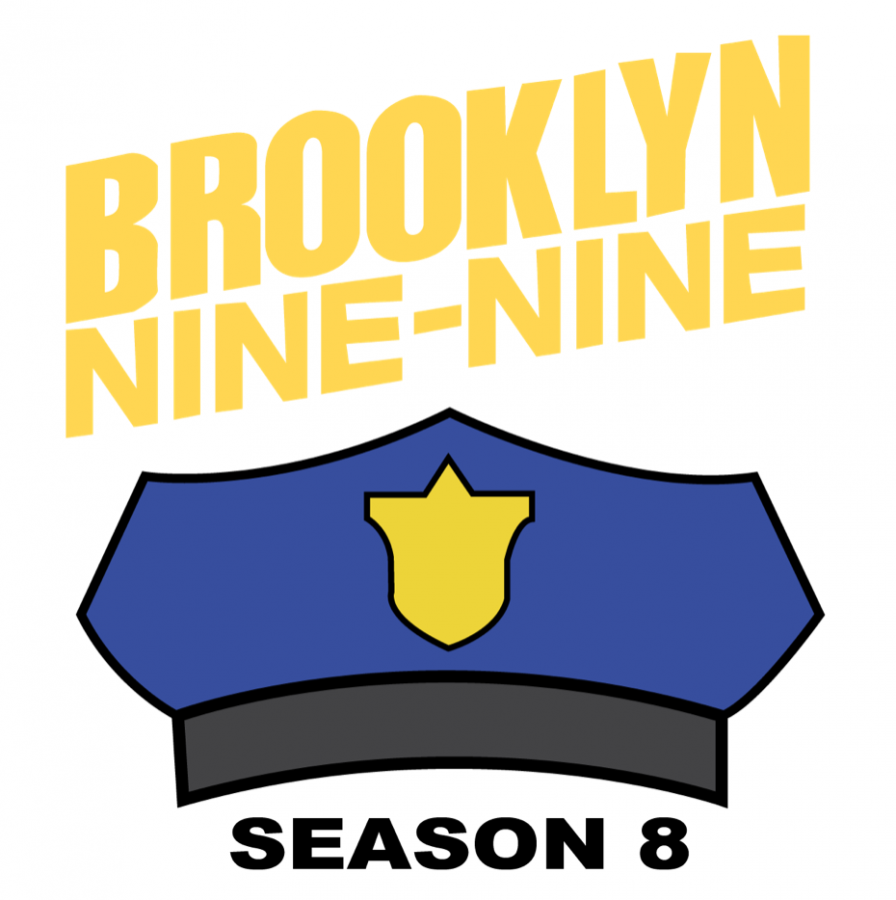 “Brooklyn 99” season eight came out on August 12, 2021. The season focuses on more serious topics such as police brutality and COVID-19.

“Brooklyn Nine-Nine,” is the entertaining police sitcom based in New York City that has allowed millions to laugh during a time of uncertainty while the world seemed to be falling down around us. However, the show’s witty humor and comical bits that have made so many fall in love with the show have been replaced with a more serious tone for its eighth season that was released on Aug. 12. Deeper real world issues are shown such as police brutality and COVID-19.
In just the first episode of the season, “The Good Ones,” Rosa, who is one of my favorite main characters, quits the NYPD to become a private investigator that helps police brutality victims. This first episode is a great example of what the rest of the season is like as the solemn tone continues throughout the season.
The topic of COVID is briefly mentioned during season eight as it impacts the scenes and situations, but it would have been better to show some more hardships faced by the group during the pandemic.
All the seasons of “Brooklyn Nine-Nine” have been enjoyable, and this season is no different. However, no show is without critique and the show has had its fair share of problems. There are a ton of cop clichés that come with this season that are just unnecessary and overused throughout the show. For example, the donuts in the office were a subtle thing in the set design, but felt out of place. Also, the humor seemed to be a bit lacking this season as there is less focus on jokes and more on the deeper topics.

While I understand it was supposed to be a more serious season, the jokes that were told were not as funny as I would have hoped, bringing down the entertainment factor. Shows cannot continue being entertaining forever, and “Brooklyn Nine-Nine” is a perfect example of that as it closes its eighth and final season.