New “Cruella” film has some bumps, but overall pain-free 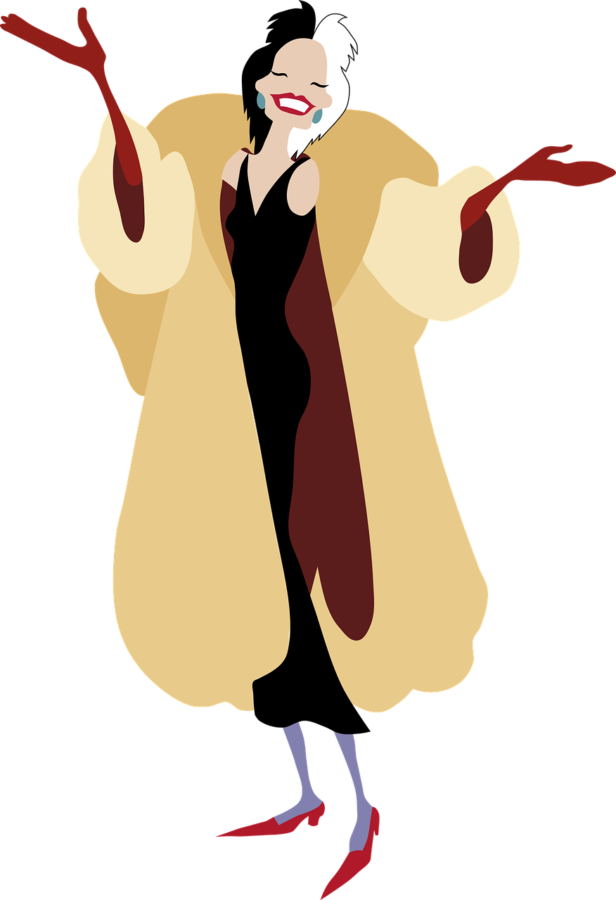 The new Cruella de Vil is a riveting Disney storyline that rewrites the original storyline.

Disney’s new release “Cruella,” directed by Craig Gillespie, is a riveting coming-of-age film, or moreso a “coming of crazy” story. Estella (Emma Stone), the main character, begins her life with many challenges; her mother needs money to raise her, so her mother goes to a castle to beg for money and after a turn of events finds herself dead by means of dalmation. Estella blames herself for her mother’s death growing up, even though her mother had always instructed her to suppress, what she referred to as, her expressive “cruella side.”

Homeless from a young age, Estella puts her passions of creativity on hold to make ends meet with her fellow orphan companions, Jasper and Horace. As the plot continues, she seizes a once-in-a-lifetime opportunity to work under her fashion idol, Baroness (Emma Thompson). The movie then builds upon the suspense and tension between herself and the Baroness. Although the story takes place in the mid 70s when gogo and flare jeans carried attention in fashion, Estella realizes her potential by changing her name to Cruella and brings an 80s punk rock fashion along with her.

The most engaging part of the movie is when Cruella realizes a shocking connection between her and the Baroness that explains much of her life. As this happens, the director shows a climax in Cruella’s evolution with a dramatic sound track and fast paced scenes.

However, in a few of the scenes related to a specific heist among Cruella’s newfound liking to illicit activity, there is a lack of cohesive plot. The dialogue switches between her heist, job, emotional unravel and childhood flashbacks at an odd pace. That said, I did not notice this happening for very long in the movie and it was easy to overlook due to the amazing cast and impeccable soundtrack.

In all, the movie is suspenseful and extremely enjoyable to watch. It does not stray from the original essence of the Cruella character while adding an enticing new backstory to go along with it. The ending is a twist that will shock all viewers and is worth watching.

I would recommend this movie for a family night and give it four out of five stars.