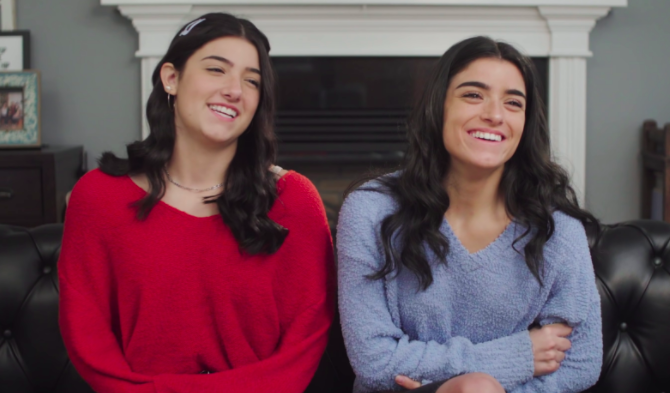 Charli and Dixie D’Amelio, two rising social media influencers, will now star in their own show on Hulu.

In the early part of this year, Hulu announced and released a trailer for their new reality show, ‘The D’Amelio Show,’ an eight-part series about Charli D’Amelio and her family, her sister Dixie and her parents, Mark and Heidi. This followed the recent announcement of Netflix’s new ‘Hype House’ reality show, which has drawn much criticism and created controversy.

Interestingly enough, no such criticism has come towards this announcement as of yet, despite the two shows sharing similarities as both fall into the category of garbage and trashy television. One regards influencers accused of sexual harassment and the clear lack of respect for COVID-19 mitigating measures over the summer and the other regards the D’Amelios; however, they have also been in hot water.

Since the rise of Dixie and Charli to the mainstream, the family has been surrounded in some controversies including their own treatment of COVID-19 prevention techniques along with other controversies that have been considered both cruel and unnecessary by many media experts, and I indeed agree with them.

However, it still does not change the fact that Hulu is indeed making a show about the incredibly controversial TikTok first family, in a series following the veins of other trashy reality television shows, take your pick of which one. But again, it also continues the dangerous trend that I first noticed in the ‘Hype House’ Netflix show announcement: streaming services like Hulu and Netflix actively choose to air garbage on their libraries.

Now who is to blame for this? It is hard to blame the D’Amelio’s for this as I’m sure just about any family in their stature and popularity would do the same, and ultimately, they aren’t the ones who decide shows’ lives on streaming services.

That would be Hulu, absolutely Hulu. Are they seriously trying to say that there are no other more deserving actors and actresses to star in television shows than the D’Amelio family? There’s no tremendous pilot that they could choose to pick up? No unknown people they could cast in shows that are sure not to be reality garbage like this will end up being?

Hulu has cancelled over 10 shows in the past year, including the likes of Emmy-nominated ‘Catch-22’ and ‘High Fidelity,’ the latter based on the film of the same name. Both shows got glowing praise from audiences and critics alike, yet were still cancelled. And this of course, was all undertaken in the name of making room for the show about four people who are surely set for life and will make more money than most of us can even fathom.

It goes to the cancellation and renewal process of streaming services, such as Netflix and Hulu, along with many others which have all gotten heat due to it. According to an official statement from Hulu, the show will follow the family as they “navigate their sudden rise to fame.” Not to mention the fact that unless you are highly invested into the family (which I can assume most aren’t), you likely won’t watch the show. This only means the show will receive  poor ratings and will in all likelihood, get horrible reviews.

After all, when a dumpster fire of a television show, if it can even be called that, gets aired, in most cases, most people will close the dumpster, to speak metaphorically. To speak literally, they just won’t watch the new show.

As has been said before, sometimes trashy shows are good and while they almost all are popular, this isn’t an ordinary reality show. ‘The Circle’, ‘Love Is Blind’, ‘Too Hot To Handle,’ the list can go on and on, but what those shows have that this project lacks are real people. And I don’t mean the D’Amelio’s are holograms or anything like that, what I mean is these are people that you could be neighbors with, friends with, people you can relate to in your own personal life.

Most in the world can’t do that with Charli and the rest of her family; maybe before their rise to fame, of course, but now, after 100 million TikTok followers, trending and mostly well-received singles released by her sister and a whole lot of money in the process, the average human can’t fathom it. And it is showcasing the family, who may like to be featured (what person wouldn’t), but poses the real question of should they be.

This is different from ‘Hype House’ in a lot of ways, but both share one thing: they both continue upon the same trend of trash over quality, trainwrecks over smart and so on. My biggest problem here is the fact that there are many more deserving actors, actresses, producers, writers, caterers, etcetera, and still, Hulu chooses these four to build a reality show around. The people who pay however much money for Hulu a month do not deserve to have this garbage put onto their catalog over much more deserving shows and much more deserving cast and crew than reality trash, in every sense of the word, like this.