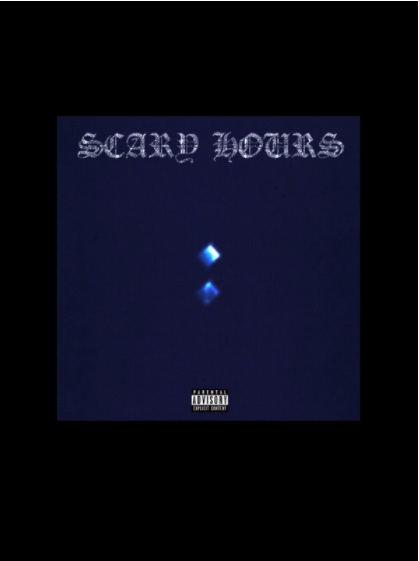 Infamous rapper Aubrey Graham, known by the name Drake, teased fans with an Instagram post for his new unknown album with the caption “FRIDAY MIDNIGHT.” Once the clock struck 12:00 a.m. on Friday morning, March 5, Drake owned up to his promise and dropped the unexpected album “Scary Hours 2.”

The album has a total of three songs, including features from Lil Baby and Rick Ross. The opening song of the track, titled “What’s Next,” sets the positive and motivating intentions of the album, while the other two songs, “Wants and Needs” and “Lemon Pepper Freestyle,” follow that same motto.

Though Drake fans aren’t upset about his newest album, many are confused as to why he decided to release such a small album so abruptly.

“Most of the time artists like to announce their albums well before they actually drop,” Julliette Savarino ’22 said, “so for Drake not to do that for ‘Scary Hours 2’ seemed strange considering how big he is in the rap industry.”

Aside from “Scary Hours 2,” Drake has been working on his more well-known album “Certified Lover Boy” which is expected to drop sometime soon this year. Drake fans were fully aware of an upcoming album on the horizon, but no one expected it to be “Scary Hours 2.”

“I find it really strange how Drake hypes up his upcoming album but then suddenly drops a three-song record,” Shawn Zhai ’22 said. “It makes more sense to drop ‘Certified Lover Boy’ first then have the three songs in ‘Scary Hours 2’ become part of a deluxe album off of ‘Certified Lover Boy.’”
Prior to releasing “Scary Hours 2,” Drake dropped a hit single titled “Laugh Now Cry Later,” an inspirational song following the same notion as “Scary Hours 2.” After dropping these four songs, fans wonder if these releases are going to be anything like “Certified Lover Boy.” Details about his upcoming album recall the working project to be more emotional and touching, unlike his recent releases.

“It will be interesting to see if there is any correlation between ‘Scary Hours 2’ and ‘Certified Lover Boy,’” Juliette Savarino ’22 said. “Even if there isn’t, I’m still excited to see what he has in store for the near future.”