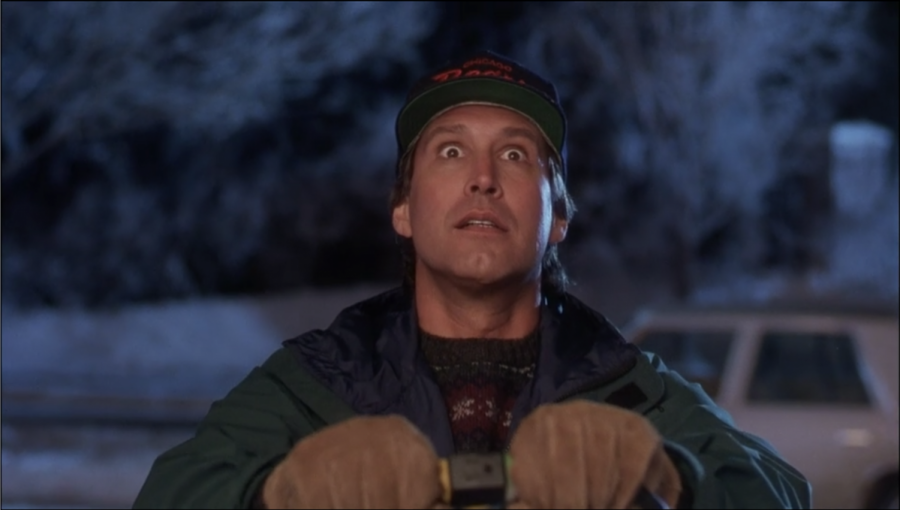 Chevy Chase’s Clark Griswold decks his house in Christmas lights, as part of his plan to have the perfect, good old-fashioned family Christmas.

Ahh, yes. The holiday season. Every year around this time, a certain debate starts amongst families, friend groups and even among online strangers: Which holiday movie is the best? Some say it’s Will Ferrell’s “Elf”, others go for the classic “Home Alone.” Some even turn to the animated films, shouting out “Rudolph” or “Charlie Brown.” But when it comes down to it, none of them compare to “National Lampoon’s Christmas Vacation.”

Now, don’t get me wrong; the other films are good, even great, but “Christmas Vacation” is perfect, and there are three reasons why. It is relatable, it’s hilarious, and finally, it wraps up with the audience feeling the true meaning of the holiday spirit.

Chevy Chase puts on a fantastic performance as Clark Griswold, a dad that wants to have the perfect good old fashion family, something that I think a lot of kids can relate to. The stress that parents go through every holiday season, trying to make it perfect for their families and themselves, adds that element of relatableness to Chevy Chase’s character, as well as the rest of the family.

Not only is the movie the most relatable out of all the holiday films, it is also the funniest. Though “Elf” and “Home Alone” make valid arguments to take the cake here, “Christmas Vacation” edges them out. Whether it’s the opening scene when Clark gets the family stuck under a truck, or when Cousin Eddie surprises Clark at the house or when Christmas Eve dinner turns it into a trainwreck, the film is packed full with comedic moments that just make the film the overall funniest Holliday movie.

Finally, through all it’s hijinks, “Christmas Vacation” manages to encapsulate what the holiday spirit is really about. Underneath a comedic and sometimes raunchy exterior, the film is really about family and being with the ones you love, which to me, is the true meaning of the holidays.

So say what you will about “It’s a Wonderful Life” and “Frosty the Snowman,” but when it comes down to it, nothing quite beats “National Lampoon’s Christmas Vacation” during the holiday season.