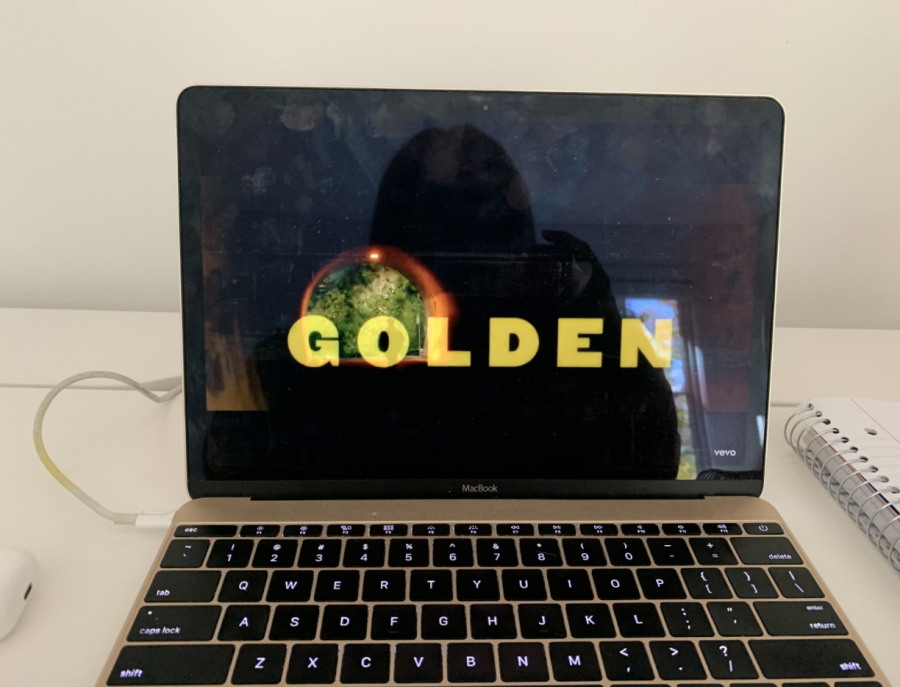 Harry Styles is one of the biggest names in music. And with his latest music video, he’s taken the world by storm. Styles’ music video for “Golden,” the first song off his album “Fine Line,” takes place somewhere in Italy. Styles is shown driving, running through a tunnel, swimming in a lagoon and overall seeming to have the time of his life. He and the song exude a joyful, upbeat vibe that is infectious to the viewer. While watching the video, I couldn’t help but smile at how happy he looked.

The cinematography of the video was incredible. Many shots were very unique, such as one where the camera is underwater and Styles is being filmed through the water. This shot was something I’d never seen before, and I loved it. Other shots are seemingly vintage-inspired, such as the beginning one. The viewer sees a silhouette running through a tunnel as the title of the song appears in bright yellow. I thought that this way of starting the video was very much Styles’, for lack of a better word, style. He frequently employs vintage influences in areas like his fashion and music.

Speaking of the outfits featured in “Golden,” Styles wears a number of outfits: a simple white button down and shorts, a pair of billowing pants along with a yellow hat and a teal jacket with patterned pants are among the many. I thought these outfits were amazing and that they very much represented Styles’ personality. Since One Direction went on hiatus, he has been creating a new brand for himself. With this new music video, and specifically the outfits in the video, Styles has solidified who he truly is as a person and a fashion icon.

Overall, “Golden” is one of the best music videos Styles has made, and is definitely worth the watch.