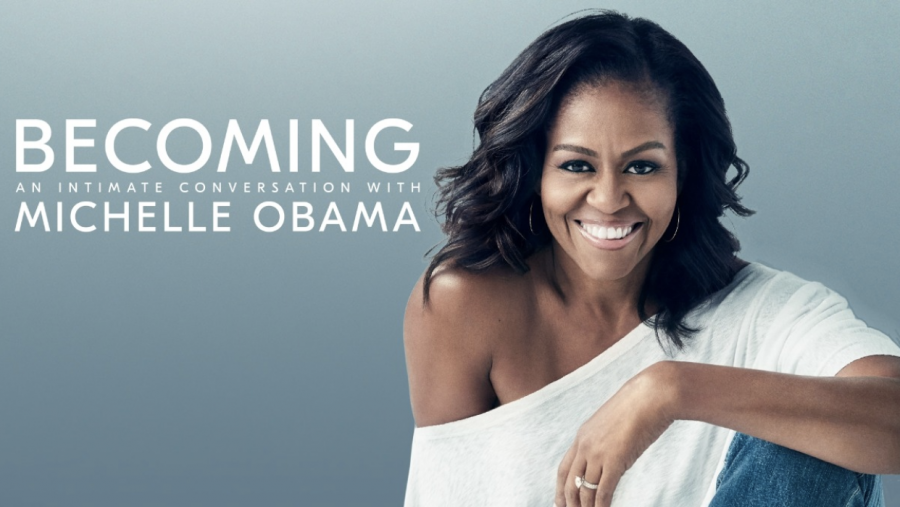 Michelle Obama documentary 'Becoming' premiered on Netflix on May 6, 2020, presenting connections with her bestseller memoir.

We all know her as the former first lady of the United States, but this documentary will allow you to view her as more than just that. “Becoming,” a documentary about Michelle Obama, showcases her life in a more up close and personal viewpoint.

It begins with a journey alongside Michelle Obama during her book tour, as she takes time to reflect on the years spent inside the White House. Obama talks about what it is like not fitting in at Princeton due to her race as well as the beginning of her relationship with Barack Obama.

Following her through each state during her nationwide book tour, viewers get to experience first-hand conversations between Obama and television hosts like Stephen Colbert, Gayle King and Valerie Jarrett. In the documentary, moments shared between Obama and fans give viewers a chance to see a more genuine, down to earth side of her that they might have missed during her time in the White House.

In addition to these heartwarming moments, we observe the struggles she faced when trying to speak freely during Barack Obama’s presidential campaign. These intimate moments during Obama’s life allows for viewers to feel as if they know her as more than just the former first lady of the United States, but more as a woman.

Overall, I felt that the documentary had a strong balance between her struggles and accomplishments in her life. It showcased a variety of moments including the pretty and the ugly of someone’s life after “fame.” I definitely recommend this documentary if you are interested in getting to know Michele Obama through a different perspective, outside of her life in the White House.