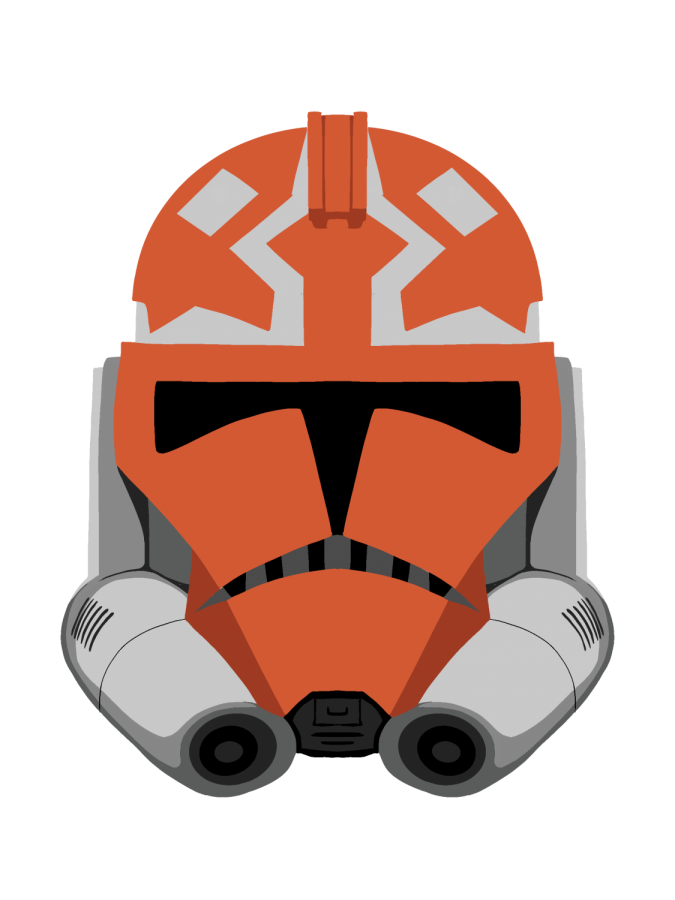 When I was in first grade, I got my tonsils removed. I was only 7 years old, and while I was somewhat nervous about the surgery, I was absolutely thrilled about the prospects of staying home from school for a week. For anyone who has had their tonsils removed, you know that for that week that you are home from school, your diet consists mostly of ice cream, which makes for a dream scenario for a seven year old.

During that time, where literally all I did was eat ice cream and watch television, my dad introduced me to this thing called Star Wars. We watched all of the movies, including the 2008 animated movie “Star Wars: The Clone Wars.”

The show never reached a complete ending, however, because it was cancelled.  As a result, the show ends abruptly and unsatisfyingly.

However, in 2018, Disney and Lucasfilm announced that the love and support from fans of the series had prompted them to move forward with one final season of the series that would provide a proper finale to the beloved series. I will not lie, when I saw this announcement, I briefly cried tears of joy, and then I began patiently waiting for 2020 to arrive so that I could finally get the ending I deserved to a show I love so much.

It is now 2020, and the final episodes of “Star Wars: The Clone Wars” have been released on Disney +, and it is safe to say that my waiting has been rewarded. The finale of season seven of “The Clone Wars” has been split up into a four part epics that I believe delivers some of the best Star Wars content ever.

The four episode finale tells the story of the Siege of Mandalore, along with the stories of Ahsoka Tano (the former Jedi apprentice to Anakin Skywalker), and clone Captain Rex during the events of “Star Wars: Episode III: Revenge of the Sith”.

In “Revenge of the Sith”, Emperor Palpatine executes Order 66, which forces all of the Galactic Republic’s clone troops to turn on their Jedi generals and terminate them. Going into these final episodes, you know that this is going to happen. You have a rough understanding of what is going to happen in the end; that is just the nature of stories that are prequels to other stories.

Some of the best moments that contribute to this come from Captain Rex. The show goes out of its way to show how strong the friendship is between him and Ahsoka Tano, so it is that much more painful when he receives the transmission from the Emperor that orders him to execute her. The clones were programmed at birth to obey orders, so whether they want to or not, the clones are forced to kill their Jedi leaders.

However, in arguably one of the best moments of the entire show, Rex is able to briefly resist the order long enough to tell Ahsoka to investigate their programming, before his mind is lost. The beautiful animation in combination with the brilliant voice acting of Dee Bradley Baker make this scene an absolute masterpiece. You can feel Rex’s struggle; his voice trembles, and tears stream down his face as he uses everything he has to fight his programming and give Ahsoka the information she needs to survive this nightmare.

After escaping the turned clones, Ahsoka heeds Rex’s words and is able to discover the inhibitor chip inside the heads of every clone that forces them to obey Order 66. She is then able to capture Rex, remove the chip from his head, and give him back his free-will. It is moments like these that make the clone wars, and Star Wars as a whole, as incredible as it is. These moments taking place in the most extreme of circumstances, and on the grandest of stages, are at the end of the day, human moments that we can all relate to on some level. The power of friendship literally saved Ahsoka and Rex from annihilation.

The final episodes of “The Clone Wars” make for some of the best Star Wars content ever. While I would absolutely recommend watching the entire series, I believe that these four episodes (“Old Friends Not Forgotten,” “The Phantom Apprentice,” “Shattered,” and “Victory and Death”) fit together to essentially become its own version of a Star Wars movie, and be enjoyed without the background knowledge provided by the rest of the series.

Just like all other Star Wars content, this story is perfect for all ages, and can be enjoyed by anyone. It is a wildly compelling story with strong characters, plenty of action, and an ending that will keep you thinking long after it’s over.