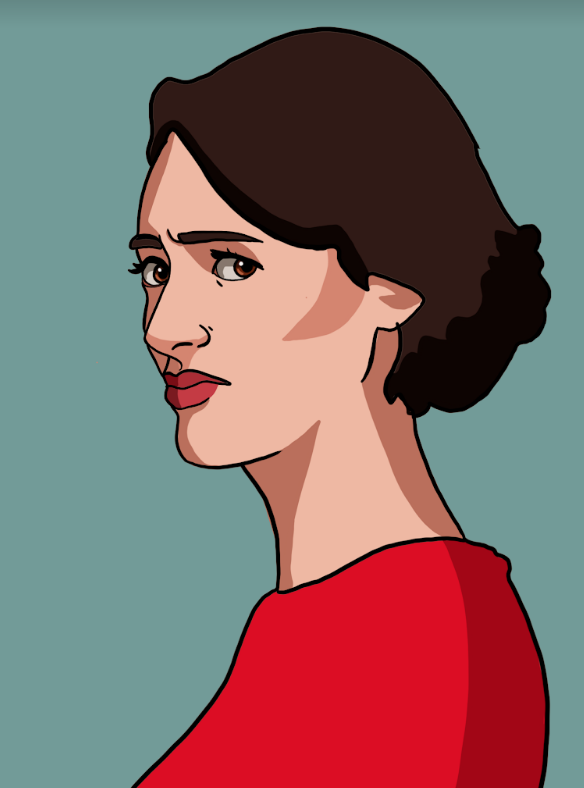 With sports off the air, news proving to be ceaselessly bleak and monotony setting in, the near-infinite backlog of TV and movies is a place of entertainment, escapism and comfort for many. With this plethora of choices at my fingertips, you would think that I would branch and try to find something or someone new to watch. However, it seems that in the past week, one content creator has reigned supreme: Phoebe Waller-Bridge, acclaimed actor, writer and producer.
I’ve been oversaturing myself with the works of Waller-Bridge for good reason. Three of her most recent creations premiered on Sunday, April 12, exactly one month deep into Staples students’ quarantine. If you know Waller-Bridge, you know her works are emotional, thrilling and funny: the perfect combination to break up the everyday boredom of social distancing. If you don’t know Waller-Bridge, here’s a crash course on her recent releases.
Waller-Bridge’s newest release is her most accessible: a brand-new rom-com entitled ‘Run.’ Don’t let the genre fool you—this is anything but your typical love story. Ruby Richardson (Merrit Wever) and Billy Johnson (Domhall Gleeson) were once college lovers. At the age of 19, they agreed that if one of them ever texted “RUN” to the other, and the other texted back, they would drop everything and go on a cross-country train ride together. Eleven years later, their plan goes into effect, and drama, comedy and romance ensue.
Executive-produced by Waller-Bridge, and written and directed by her longtime creative partner Vicky Jones, the duo’s signature ability to transcend genre is all over ‘Run.’ One moment it’s a heartfelt dramedy, the next moment a cautionary tale, the next a comedy. With grounded, loveable acting, a thrilling plot and mysteries around every corner, ‘Run’ is a perfect watch for, well, pretty much anyone. Considering it only has two episodes released thus far also gives you something to look forward to. It’s complex, entertaining and charming, and I genuinely can’t wait to see what happens next.
‘Killing Eve’, Waller-Bridge’s most popular creation, debuted its third season on April 12, two weeks earlier than its intended premier. Unlike ‘Run’, ‘Killing Eve’ is an all-out thriller. The show follows Eve Polastri (Sandra Oh), a driven British intelligence investigator, who’s been tasked with capturing the psychotic assassin Villanelle (Jodie Comer). What started as a two-sided game of cat-and-mouse soon morphs into a mutually obsessive, almost symbiotic relationship.
With its acid-black comedy, almost comical murders, slam-dunk cast and non-stop tension, ‘Killing Eve’ is a riveting binge-watch. It’s a character study, a crime-spy thriller, a comedy and a twisted romance all at once, making it a worthy watch for those looking for some genuinely entertaining thrills.
Finally, Waller-Bridge’s most surprising release: a recording of her play ‘Fleabag’, which released on Amazon Prime on April 12. Profits from the play, which spawned the smash-hit tv show of the same name, will go to relief for those affected by COVID-19. Written by and starring Waller-Bridge and directed by Jones, ‘Fleabag’ is a one-woman show in which a woman named Fleabag tells candid stories to the audience about her life. She’s depraved, confident and mercilessly funny; she cracks constant jokes about her horribly condescending step-mother, cafe and old boyfriends. She speaks to you as if you’re a co-conspirator, a sister, a friend.
Her persona is shockingly hilarious, but soon reveals itself to be a facade. What started as what could be mistaken for standup comedy transfigured into a vulnerable diary entry, a hushed confession, a portrait of a woman at wits end. It’s a tickle to your funny bone followed by a punch to your gut. It’s masterfully written and performed, and downright hilarious and ultimately achingly real. Of all of her recently released works, this is the property I recommend the most emphatically. Though escapism and distractions are great ways to pass the time, sometimes it’s nice to feel as much as you can as deeply as you can. If this is what you need right now, ‘Fleabag’ is the play and show for you.
Whether you’re looking for a romance or a thriller, a TV show or a play, a short watch or a long watch, she has you covered. Ultimately, any Waller-Bridge property is a great and worthy watch. Go forth and stream.