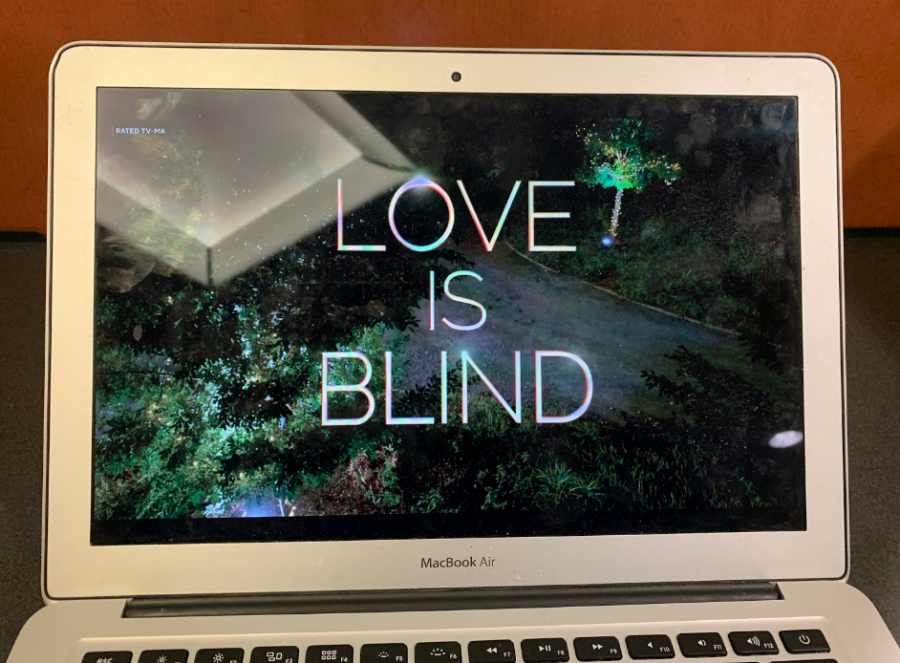 “Love is Blind” released in early Feb on Netflix as part of a three-week event. Episodes would be released periodically until the finale on Feb 27.

Television is filled with numerous reality dating shows, ranging from classics like “The Bachelor” to summer hits like “Love Island.” But another phenomenon was recently added to Netflix in February: “Love is Blind.” While I was hesitant to start this show because I was already invested in this season of “The Bachelor,” I was overwhelmed by the number of positive reviews my peers and family members gave about how much better it was than any other reality dating show.
“Love is Blind” showcases 15 men and 15 women separated into different apartment rooms, but they’re only allowed to communicate through isolated pods where they are unable to view who they are talking to. Here, they hope to build connections based solely on the conversations they have with each other, not allowing the physical appearance to interfere. “Love is Blind” aims to prove whether love is actually blind. It proposes the question: can relationships be built without seeing physical appearance?
Although this process seemed a little strange to me, what was most confusing was how there were people proposing after only three dates. Initially, I was shocked, but since this was a television show and the process was forced to speed up, I let my judgment subside.
What I appreciate about this show is how most of the contestants are very mature, and there is no pressure when it comes to proposing or ending a relationship. Most of the contestants are in their late 20s or early 30s, ready to settle down, whereas on other reality dating shows like “Love Island” or “The Bachelor,” some contestants are as young as 20 years old.
After getting to the engagement phase, five couples connected and were able to see each other face to face. This was one of my favorite parts of the show because it was heartwarming seeing the contestants finally meet in person.
Next, the couples went on vacation together without any social media and discovered traits that were not revealed to each other in the pods, causing some relationships to come to an end. After returning from vacation, they moved on to the next stage of the show: meeting their fiances’ families and moving in together. I liked how the show had many different stages preventing boredom and repetition. It was also interesting to see the couples in real-life situations, like attending their jobs, cooking meals together and having serious conversations.
Finally, if the contestants made it this far, they started planning their weddings: trying on outfits and writing their vows. I loved how the viewer gets to see every step of the process forming, developing and ending.
Without spoiling, I will say that the end of the show left me shocked by how some of the relationship statuses ended. I was always on the edge of my seat wondering what was going to happen next.
Although I was hesitant to start what seemed like another mediocre dating show, I was pleasantly surprised and am excited to keep up with the contestants that survived this journey.