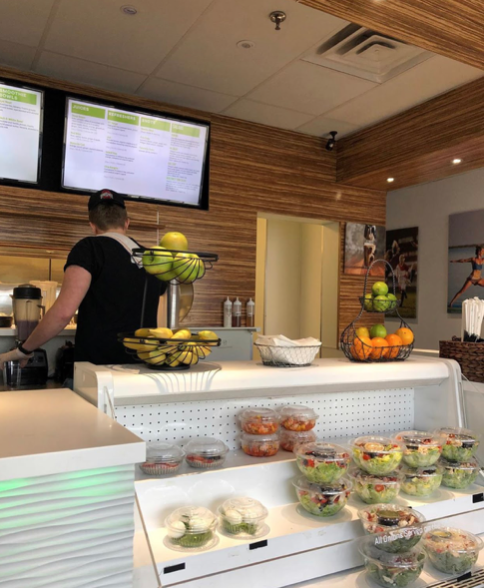 The most popular food places for all Westport teen athletes are the places that offer protein shakes, organic food and unique healthy options. Places such as Green and Tonic, Embody and The Granola Bar are the most popular destinations.

However, within the first few days of March, Embody Westport suddenly closed its doors to the public and reopened a few days later under new ownership. The store is no longer called Embody, it rings with the new name, “Saugatuck Fresh.”

Embody, or now “Saugatuck Fresh,” is located next to the Dunkin Donuts just before the Westport train station.

The store offers the exact same drinks, food and snack options as Embody did, but at a higher price. Also, there is now only one size for a protein shake, which happens to be just about 24 ounces. The drink costs just upwards of 10 dollars including tax, significantly higher than Embody’s prices.

A small drink at Embody would cost around $8, while a large drink would be around $9.50.

This store is not only a popular location for teen athletes around Westport, but it attracts many people from other towns as well. Saugatuck Rowing Club, for example, happens to be only a block away from Saugatuck Fresh.

The club has rowers commuting from all over Connecticut and New York each day for practice. On a frequent basis, rowers will stop in at Embody to grab a last minute snack before practice starts.

“Saugatuck Fresh features many of the same drinks Embody has, so it’s not much of a change,” Olivia Hankey ʼ22, a rower at Saugatuck Rowing Club said. “I do wish the prices were lower, though.”