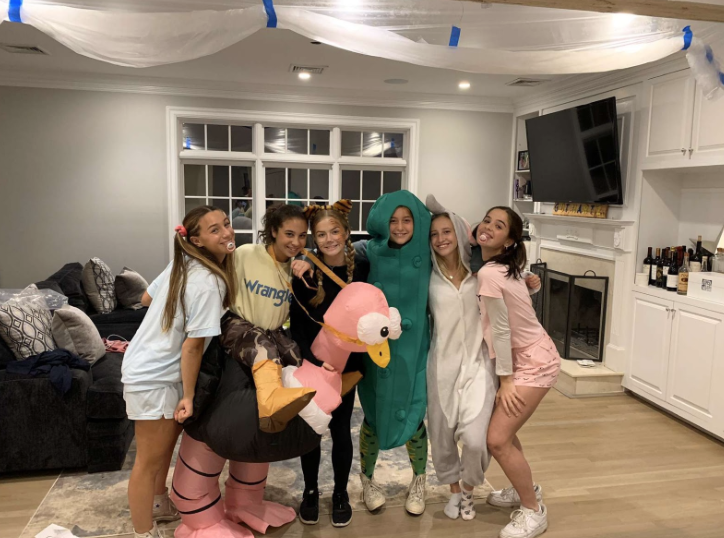 Halloween is known to be the one day where you can mask your identity and become whoever you aspire to be. You run house to house trick or treating in hope of finding something delicious.

But at what age do people put a stop to this classic tradition?

In some minds to stop trick or treating shows a sign of maturity, and that you’re one step closer to adulthood. Others feel that trick or treating has no age limit and it allows you to continue to live out your childhood.

Jeremy Leaf ’23 stopped trick or treating three years ago. He felt that it was time to try doing something new. So, this year, he attended a party along with a lot of his friends. Even though he didn’t trick or treat, he feels that everyone should spend their Halloween however they want to.

“You should do what you want; it doesn’t matter how old you are,” Leaf said.

Some people do still participate in trick or treating. McKenzie Didio ’22 went around her neighborhood in search of some candy. When walking around Didio ’22 made an observation.

“There used to be a lot more kids trick or treating around my neighborhood,” Didio ’22 said, “but now there aren’t as many people and it’s kind of sad.”

Another way that Halloween is spent is by giving out candy to trick or treaters. Lauren Lesher ’22 and her sister alternate each year as to who will handed out the candy. It’s their family tradition. While she admits it is not her favorite thing to do, she stood by her word and went through with it.

There were various ways teens spent their Halloween but all celebrations embraced creativity and fun. So, whether you’re 2, 17 or 50, trick-or-treating (in some form or another) can always be for you.