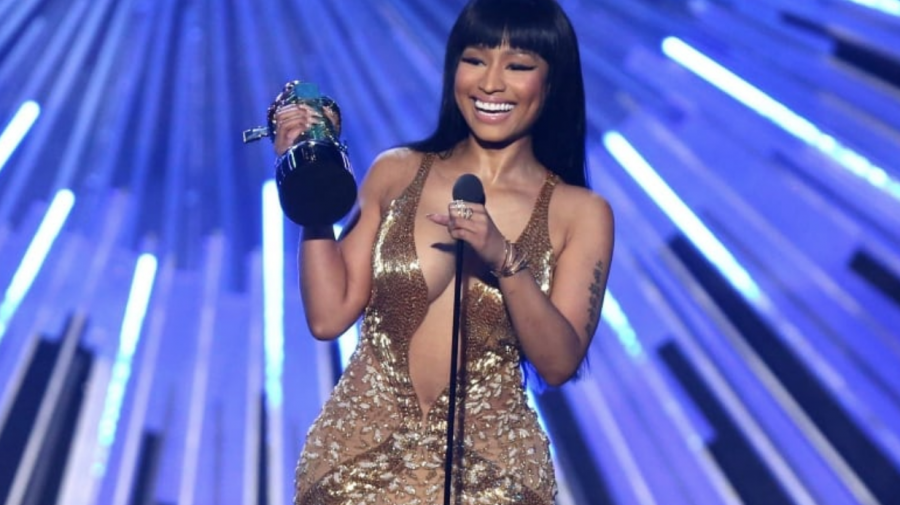 Rap artist Nicki Minaj retired from her music career on Sept. 5, telling fans she is going to focus on family.

Acclaimed rap singer and songwriter Nicki Minaj retired from the entirety of her 15-year long musical career on Sept. 5, 2019.
Minaj announced her retirement from the music industry via Twitter in order to devote all her attention to her family. The social media post from Minaj read, “To my fans, keep reppin me, do it til da death of me, in the box – cuz ain’t nobody checkin me.” Minajs’ abrupt tweet shocked fans and left them confused as to what caused Minaj’s abrupt decision.
“Last time I checked everything was going well for her,” Angelo Casabinaca ‘21 said.
Followers of Manaj are questioning the motive behind her retirement, considering she still has studio time booked until next month and was apparently working on a new song.
Fans also made assumptions as to why Minaj retired on such short notice. According to TMZ news, Minaj was pushed over the edge by repeatedly defending herself. She was accused of not writing her own songs, questioned about her legacy in hip hop and confronted about her relationship status with her current fiance, Kenneth Petty.
The 36-year-old rapper’s career had been nothing but a success, given that she has released 32 singles as a lead artist and four studio albums. Manaj has been called one of the most influential female rap artists of all time. Selling 20 million singles as lead artist, Manaj was nominated for 10 Grammy awards and has won six american music awards throughout her career.
Minaj’s debut studio album, “Pink Friday,” was released in 2010, along with her first breakout single “Starships.” The album topped the Billboard 200 and was a hit in the United States, Australia, Canada and the United Kingdom.
Minajs other hit song Super Bass made fans fall in love with her music. “When I was younger,” Shannon Conte ’21 said. “I learned every single word to Super Bass.”
However, some fans were not surprised at Minajs’ actions.
“Nicki was the original woman in rap, but she’s been in the game for so long,” Abby Greenlee ‘21 said. “Her old music is much better than her new hits, and her retirement is honestly long awaited.”
Although Minaj is now retired, her time in the music industry has changed the world of rap and her legacy will live on through her amazing albums and songs.
“Starship’ was my anthem when I was 7, and I’ve loved her ever since,” Sarah McGroarty ’21 said. “Her music was always upbeat and had a great vibe to it. I’m upset at the opportunity she’s losing by retiring, but her old songs will always be on my playlists.”