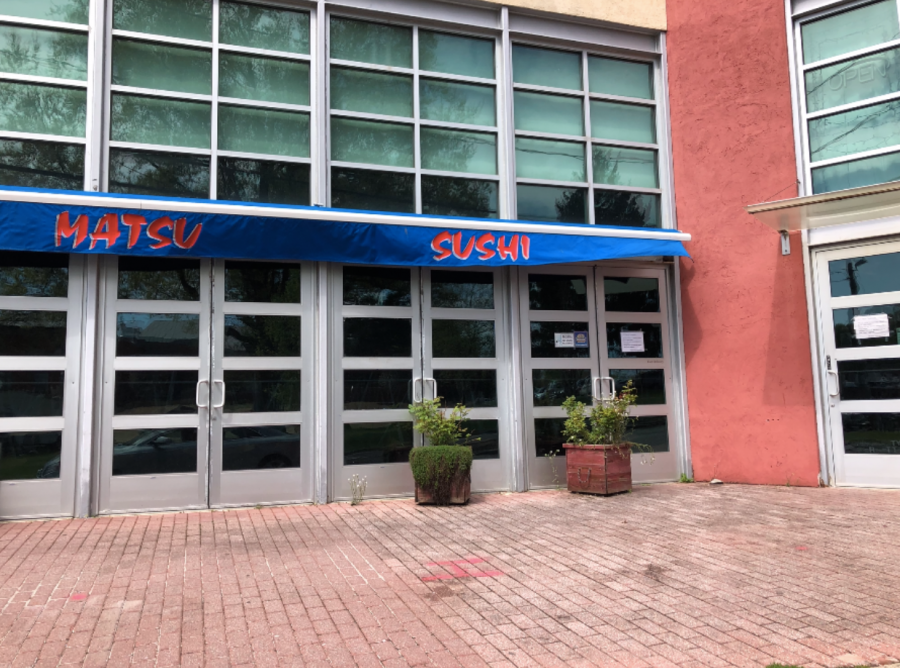 Matsu Sushi in downtown Westport has appeared closed for renovations since April.

Matsu Sushi is reopening in a few weeks after suddenly closing on April 1 for renovations.

These renovations, however, have not been seen. According to Westport News, “Around 2 p.m. Wednesday, Matsu was quiet, with the doors locked and no sign of renovation work inside or outside the shop.”

Matsu Sushi served customers in Westport for over 15 years, and according to Matsu Sushi’s lawyer, Benjamin Xue, once reopened, the restaurant will be adjusting their hours and may only be open for dinner.

Prior to Matsu Sushi closing for renovations, they received charges for labor abuses. Previously, Matsu Sushi fired two workers because they refused to complete a 36-hour shift, according to the Patch.

Those two workers filed a lawsuit against the restaurant for failure to pay minimum and overtime wages. This case continues to go through to the U.S. District Court of Connecticut, according to Westport News.

Due to the lack of appropriate wages, customers have received bad experiences at the restaurant.

“I went to Matsu Sushi one day with my friends and when we were leaving, they checked our tips and said I was missing a dollar, they wouldn’t let me leave the restaurant until I gave another dollar,” Madison Tamm ’21 said.

Facing many challenges, Matsu Sushi still remains closed. As Xue told the Westport News, he was confident that Matsu Sushi would open within two to three weeks of undergoing minor renovations.