Travis Scott sells out the show 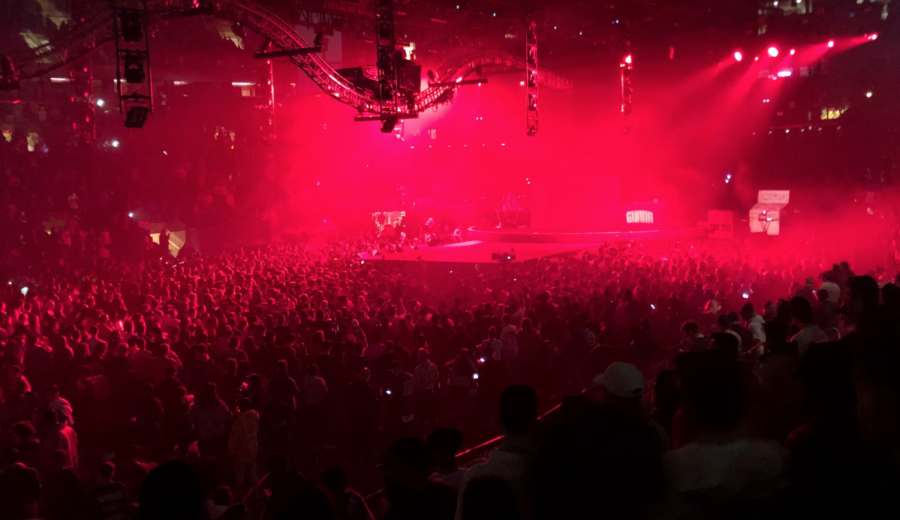 Once the doors opened at Madison Square Garden on Nov. 27, people from all parts of the northeast didn’t have to wait any longer to watch Travis Scott perform AstroWorld.
The concert opened with Sheck Wes, famously known for his song “Mo Bamba.” As he jumped out onto the stage, the crowd was electric. After the crowd simmered down, rapper Trippie Redd came out. Dressed in a mask and winter coat, he jumped up and down on the stage, urging the fans to dance along.Throughout the first couple of rappers, I definitely felt that Redd was the most active.
Following Redd’s performance and a short intermission, all the lights went off and out came Gunna. During Gunna’s second song Lil Baby came out surprising the whole crowd.
Soon after, Travis Scott jumped up from under the stage as fire shot out from cannons. Throughout Scott’s performance, strobe lights flashed all around the stadium. His performance left a mark on me because he was active. He constantly switched which side of the stadium he was on.
The sets and use of props were impressive. When Scott performed “Carousel,” he had an actual Ferris Wheel on the stage. In another song, Scott used a more traditional roller coaster that floated above the middle of the stadium. Attached to the ceiling of the stadium, Scott used a ladder to climb up to it during his performance. During Scott’s song called “Bystanders,” a large inflatable astronaut covered the stage.
After the concert was over, I realized how crazy the performance actually was. The performers constantly had the audience on our feet. The crowd was singing and dancing throughout the whole night. Even though the concert lasted five hours, it flew by. Though it was a weekday, the concert was definitely worth the lack of sleep.