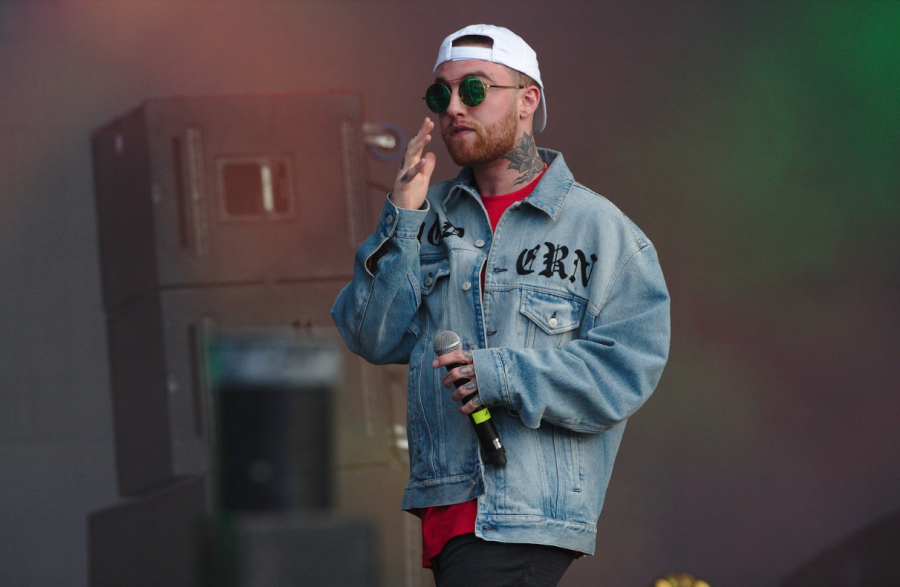 Complete with in-memoriam posts on Instagram, trending hashtags on Twitter and floods of comments on various other forums, blogs and news sites, there are few occurrences that can trigger a greater outpouring of response from the internet than the passing of a celebrity.

The past few years, and especially the last six months, have been riddled with the deaths of numerous young singers, the most recent being rapper Mac Miller. According to Rolling Stone, the singer passed away at age 26 on Sept. 7 due to a drug overdose.
His death prompted a large-scale response across the country that was reminiscent of the responses following the deaths of previous artists, including tributes and, inevitably on the internet, discourse.
But, in the midst of the arguing and finger-pointing that ensues in the public response to a singer’s death, an important opportunity to open a discussion of relevant issues is often missed. We should stop wasting time looking for something to blame for these deaths on and instead turn to searching for solutions.
Celebrities and singers have the sway to bring our society’s attention to issues that are often overlooked–after all, they too are human and have experienced many of the same problems as us. Reactions toward Miller’s death stressed the widespread impact singers have on our culture.
As expected, there was a chiefly mournful response, with prominent musicians such as Chance the Rapper and Wiz Khalifa honouring Miller and fans sharing lyrics, videos and memories, according to Bustle.
However, according to Vice, a significant number of Miller’s fans “lashed out” at the singer’s ex-girlfriend Ariana Grande, attributing Miller’s deteriorating struggle with substance abuse to their breakup.
Not only is it sexist and unfair for Grande to be expected to remain in a toxic relationship for a grown man’s sake, but it also diverts the focus away from the real problem at hand–substance abuse, especially among celebrities.
Miller had long been transparent about his issues with addiction, and incorporated them into his lyrics and interviews.
“I needed to get a drug that was a little more numbing if you will…I wanted a drug to do,”
Miller said in a 2016 FADER documentary. His substance abuse resulted in a DUI. But, just like with his death later, social media turned to blaming Grande for leaving him emotionally vulnerable.
Perhaps if instead a call for more assistance toward drug abuse victims in the music industry was initiated, Miller would have received the help he needed and not overdosed.
Support systems for addiction are especially needed in the music industry. According to USA Today,
“While drug use often shows up in the lyrics of rap and hip-hop songs, young stars often fight the disease of addiction in silence.”
Addiction is currently treated as a sinful taboo, a mentality which discourages victims to seek out treatment. Deaths like Miller’s can persuade people to share their stories, and subsequently rehabilitation.
For example, according to People, after hearing about Miller’s death, fellow rapper Macklemore detailed his own struggles and urged readers to get help if they needed it.
Substance abuse is not the only problem that can be exposed by musician deaths–DJ Avicii’s death by suicide shed light on mental health issues while rapper XXXTentacion’s murder showed the dangers of gun violence.
But regardless of the particular case, every instance should be treated with more severity and compassion than what has become the norm: jokes, bickering, and pointed fingers. Celebrity deaths are more than just a spectacle to be ogled at. They are somber events that reveal deeper issues concerning our society and should be treated as such.