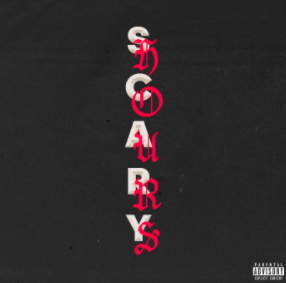 Aubrey Drake Graham, a rapper known as Drake, released an EP (extended play) album titled Scary Hours on Jan. 19. The album contained two new tracks: “God’s Plan” and “Diplomatic Immunity”. According to Biography.com, the 31 year old rapper is originally from Toronto, Canada, and professionally started his music career in 2006. Ten years later, Drake was announced as the most streamed artist on Spotify and also set records for being the platform’s most streamed song entitled “One Dance.”

Shortly after the release, Spotify released this statement: “We can confirm ‘God’s Plan’ by Drake now holds the U.S. record as the most streamed track in a single day on Spotify,”. Majority of the success from Drake’s new album is rooted to the single ‘God’s Plan’, that recieved over four million streams on Spotify and another 14 million streams on Apple Music within a day.

Emily Putman ’19 was not surprised with the songs success. “I love ‘Gods Plan’. It’s super well written and overall a great song.” Casey McGeehan ’19 also claimed the song as “by far one of, if not, my favorite song by him” and also exceeded his expectations dramatically.

The song is internationally being recognized as a hit. UK’s Capital Xtra noted that the song also “is home to some amazingly quotable lyrics.”The lyrics in “God’s Plan”,“I only love my bed and my momma, I’m sorry”, have already circulated the internet by either being tweet statuses or Instagram captions.

Although many are amazed by the new release, some dislike the genre of rap music or Drake. “I’m not overall a fan of rap or Drake in general” Summer Hutchinson ’19 explains, “I don’t understand the hype about his new music.”

With over 31 million monthly listeners on Spotify alone, he still has an substantial fan base to support his music. Fan of the rapper, Avery Smith ’19 explains, “I think one of his biggest things is that he likes to release music that is for people of all kinds to listen to and have a good time listening to.”

Overall, the debut of “Scary Hours” has become viral after only one week of its release. After a career of 12 years, fans such as Putman, McGeehan and Smith all describe his music as catchy and true hits.