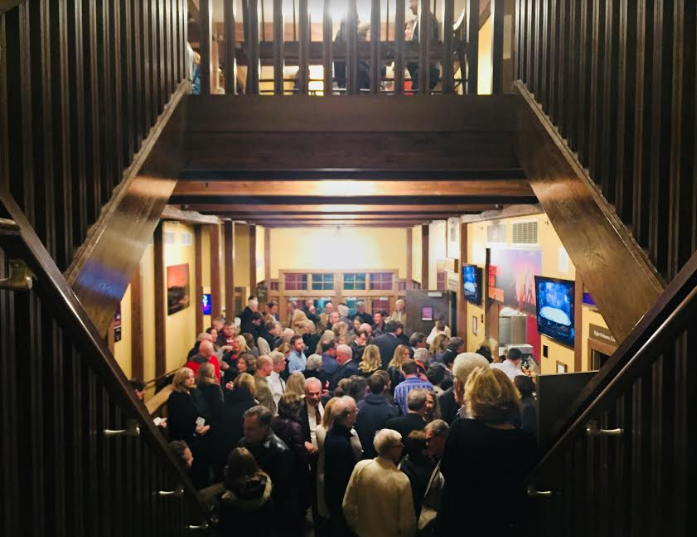 On Friday, Nov. 10, when the curtain on the Westport Country Playhouse stage rose to reveal silhouettes of dueling figures in front of a pale yellow glow, the audience’s excitement was palpable.

When the scene opened to reveal a set meticulously designed to match the 16th century, with a blown-up Renaissance painting serving as a background to the town square, I was impressed.

When the Montagues and Capulets began to quarrel in the square with flashing words and swords, we were all captivated.

But by the time Romeo, played by James Cusati-Moyer, appeared and delivered his first simple line (“Is the day so young?”), the smile quickly and permanently faded from my face.

It didn’t take long to realize that the emotionless tone with which he spoke those words would remain the same throughout the play, save a few scenes featuring his attempts at existential distress.

The rest of the cast, however, was the exact opposite; many overacted their roles, sometimes to the point where it detracted from their character. The first major instance of this was the nurse’s (Felicity Jones Latta) rant in the first act, when fast-paced and blaring inflections were quick to become irritating. And although Mercutio (Patrick Andrews) was written as a relatively lewd character, it became quite boring after he engaged in a homoerotically charged interaction for the thirtieth time.

What stood out most about the cast was their lack of stylistic consistency. There was nothing coherent about the production that pulled it together. Their acting’s pace was rhythmic, not natural. There were no pauses to digest sensitive moments. There were no realistic reactions to emotionally complicated situations. I am not an actor, but I am fairly certain there are ways to convey sadness other than including a painfully deliberate voice crack every other word.

Acting aside, however, the director’s faithfulness to the script and time era was admirable. The set included a painting resembling old, washed-out stone for the floor, as well as dozens of withered-looking props. Occasionally, haunting medieval-esque vocals or Renaissance tambourines could be heard from the speakers. Each costume was tailored and colored to fit the character’s personalities, from Paris’s garish monochromatic red outfit to Lord Capulet’s heavy heap of robes to Mercutio’s glittering turquoise suit. And even though it is typical for Shakespearean productions to cut out many lines, almost no noticeable alterations were made to the script.

There was clearly an incredible effort in this production to stick to Shakespeare’s craft and era that reflected a rare, profound respect for his work. But the acting was so disappointing that such faithfulness was rendered useless.