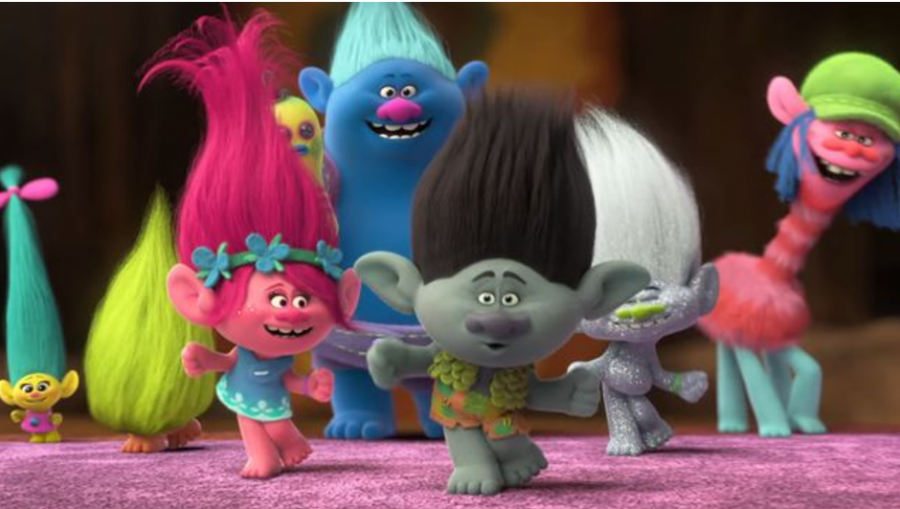 Chock full of kid-friendly storylines, a killer cast, and entertaining musical numbers, this whimsical animated movie musical will have the whole family dancing in their seats.

“Trolls” is a simple story, about Trolls whose lives revolve around singing and dancing and hugging, until one day some of the Trolls are kidnapped by a Bergen, the Trolls’ enemies. The Princess of the Trolls, Princess Poppy, must recruit Branch, an outsider in the community, to go and save her kidnapped friends. Together, they go on an adventure, meeting vibrant characters and getting into sticky situations along the way, and in the end, a heartwarming message is revealed to the audience, and that is everyone can find happiness in themselves.

“Trolls” has an impressive cast, with Anna Kendrick (Princess Poppy) and Justin Timberlake (Branch) as the two heroes of the story. It also includes Gwen Stefani, James Corden, Zooey Deschanel, Christine Baranski and Russell Brand, just to name a few. All performances by these comedians or actors were hilarious, and with a bonus: they can all sing too.

“I thought the cast was so great. They were all so funny and it really made the movie for me,” Sarah Carter ’18 said.

Probably one of the best aspects of this movie is the musical numbers. Kendrick and Deschanel both have beautiful voices, so it’s easy to say that Kendrick’s song “Get Back Up Again” and Deschanel’s rendition of “Hello” were memorable performances. Kendrick and Timberlake’s duet cover of “True Colors” was also a highlight of the film. And of course, Timberlake’s hit song of the summer, “Can’t Stop the Feeling!” wrapped up the movie in all its jubilant glory.