Don’t Fear Halloween: 5 Last-Minute, DIY Costumes That Will Save Your Halloweekend 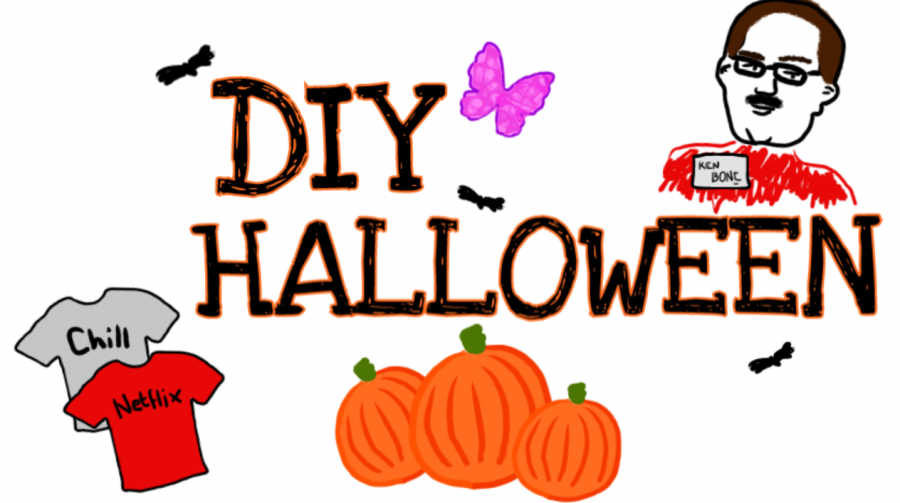 With Halloween approaching quickly, the hallways of Staples are buzzing with conversation about what students are wearing for “halloweekend”, the weekend of halloween festivities that comes before Oct. 30th. Two-thirds of people celebrating the holiday plan on wearing a costume. But fear not- even the scariest halloween costumes can be pulled off without much money, effort or time.

Here are the solutions:

Deadpool
Not only did the movie make $760 million through box office tickets, but it is the fourth most popular adult halloween costume of 2016, according to the National Retail Foundation. Dressing as Deadpool is simple and economically-friendly. All you need is a red morph-suit and black sharpie to draw on face details.

Ken Bone
Looking for a truly american, modern-day costume idea? As seen in the second 2016 presidential debate, Ken Bone has been obsessed over on social media directly following asking a question to the candidates relating to energy. According to CNN, his twitter gained 239,000 followers and has worked out a promotional deal with Uber. Even the NHL Maple Leaves’ Auston Matthews is dressing as Ken for halloween.

Fairy
Fairy costumes are very popular this year amongst all grades, and sold in almost every halloween store. Both Samantha Pacilio ’19 and Colleen Bannon ’17 and their friends are dressing as fairies this “halloweekend”. Sam planned her outfit “weeks in advance”, but used mostly items that she had in her closet already. You can pull this costume off without the extra planning: wear a white, sparkly or light colored t-shirt, a tutu and fairy wings from when you played dress-up as a kid, and sprinkle some sparkly eyeshadow on. To complete the look you can carry a fairy wand as well.

Netflix and chill
Netflix and Chill, a term that was born in 2016. And a term that will probably die in 2016. This costume is simple and appealing for costume-wearers that want to embody the defining characteristics of the past year. This costume can either be done alone or with a partner. All you need is a red t-shirt, black sharpie, and bag of ice to add that “chill” factor. If a friend wanted to be in on the outfit, replace the bag of ice with a white shirt with black writing. You can also add snowflakes and other wintery decorations to your outfit to make it chill-ier.

Trump/Hillary
Why not embody your favorite politicians, or your least favorites, this October? According to USA Today, this year’s presidential nominees are the most disliked candidates in U.S. history. Ever. Donald Trump and Hillary Clinton make the perfect costumes that will certainly get some laughs and may even start the fourth presidential debate this year.

The only things necessary for a Trump costume are a red tie, white collar t-shirt, navy blazer, flag pin, red hat and a small loan of a million dollars.

Many students find sanity amongst throwing together last-minute costumes. Ben Van Der Merwe ’18 says, “I never plan ahead. I just seems stressful to plan weeks in advance, and it’s kind of unnecessary”. Van Der Merwe plans on wearing an old lifeguarding shirt as his costume.

Only 52 percent of americans plan on celebrating Halloween this year, but total spending on halloween costumes, decorations, candy and more, is predicted to reach $8.4 billion, according to the National Retail Foundation.

The downside to last minute costumes is the missing out of the planning and shopping that you can do with your friends. Sophomore Bella Siskind is dressing as an Avatar for Halloween, and enjoyed planning the outfit with her friends. “We put it all together two weeks before Halloween” Siskind said. Her and her friends used some DIY aspects for their costume, but bought parts of it also. Siskind says it was “kind of a mix”.

Although many Americans buy into the holiday, there are lots of students who feel that it is unnecessary to spend lots of money on a costume, “You buy a costume for one time and you’re never going to use that costume again,” Jesse Semel ’17 says. “People are buying multiple costumes for each night of the weekend, when you can just make your own”.

If you haven’t started getting together a costume for this Halloweekend, use a last minute costume idea that will work just as fine, and end up saving you a lot of money, time, and effort in the long run.