Windows Rolled Down, Speakers Turned Up 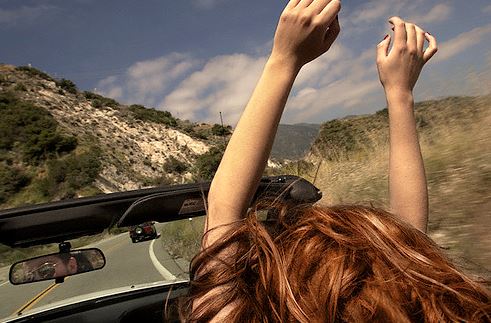 Holding the noon to 2:00pm slot every Saturday on WWPT Wrecker Radio, Christopher Morales ’16 is tapped into the Staples music trends as well as the tracks he predicts will be present on most spring playlists.  “In terms of new music, Mumford & Sons is expected to release their new album, ‘Wilder Mind’, in May,” Morales said.  “Their music is definitely one to look out for this Spring.”  For all the folk rock fans at Staples, May fourth is the day to wait for and see if the band’s new album will be as successful as their 2012 album, “Babel,” which reached number one in the United Kingdom and the United States upon its release.  Known for their upbeat acoustic melodies, songs from Mumford and Sons’ new album will compliment the Spring playlist mood perfectly.

Avid SoundCloud user and alternative music devotee, Emily Porter ’17 has already made her Spring “2k15” playlist.  “Don’t Stop (the Fat Rat Remix)” by Foster the People, “Young Folks” featuring Kanye West by Peter Bjorn and John, and “Left Hand Free” by alt-j are only three of the 51 songs residing in her playlist that Porter described as an embodiment of a drive in the convertible down a sunny road.  “They’re jams,” she said of the songs she has artfully chosen.  “The remix reworks the song with all the best parts, Kanye’s just a genius person who I love with all my heart, and “Left Hand Free” is just a happy song,” Porter explained.  “You’ve gotta get up and dance to it.”

Time for Conor Keenan ’15 at Staples is winding down, so he seeks to make his last weeks memorable–with the best soundtrack to accompany them.  Keenan will be adding “Sunny Side” by Jackson Breit and “Straight Outta Line” by Both to his spring playlist, which he says will be awesome.  “They are all just nice chill songs that get me in the mood for summer,” Keenan said.  “Sunny Side” is not a very well-known song, partially due to the fact that it is not available on iTunes or Spotify, however it can be found on SoundCloud.  This track is a personal favorite of mine, and although it was on my playlist last year, the laid-back vibes allow this track to remain evergreen.