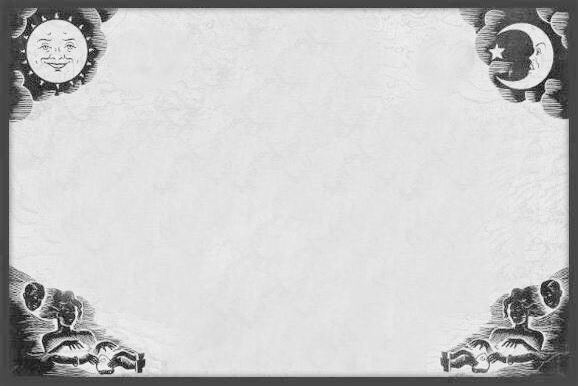 Three girls were huddled in a dark room.

“Everything was in shadows,” Sam Galvao ’16 said.

The only  illumination in the bedroom came from a sliver of light that crawled in from under the door. The only movement was the quickening of heartbeats as the three girls each placed two trembling fingers on a black pointer.

All eyes were attached to one daunting, fear-inducing, nightmare-creating object: a Ouija board.

All three girls used the board, hoping, like all the users before them, that the pointer would mysteriously move over letters – a communication between them and the spirit world.

This ominous game typically consists of a brown board displaying a black font alphabet, numbers zero through nine, and the words “yes,” “no,” “hello,” and “goodbye.” It uses a small heart-shaped planchette as a moveable indicator that delivers a spirit’s message by spelling it out on the board. People have tried using the Ouija board to speak to the deceased since the toy was first patented in 1891. It has since become a fixture in American horror culture, appearing in dozens of TV shows and movies.

This past October another movie, appropriately titled “Ouija” has been added to the list.

“Oujia” tells the haunting tale of a group of friends who use the supernatural board and unleash a plethora of evil forces that threaten their lives.

While just saying the words “Ouija board” is enough to make some Staples students quiver, others don’t believe the hype.

“I think they’re silly,” Maggie Walsh ’15 said. She said that she’s used the board twice, neither time resulting in anything supernatural.

This skepticism surrounding the mystical board isn’t new – in fact, the origins of its controversy may have started with the very moment it was named.

According to historian Robert Murch, the board was named when medium Helen Peters and a group of her friends asked the board what it should be called. The pointer creeped beneath their fingers to the “O” and then to the “U,” until it finally spelled out “O-U-I-J-A.”

When they asked what it meant, the board responded with a simple “Good luck.”

However, the validity of this spooky story was questioned when further research by Murch revealed that Peters was wearing a locket with a picture of a woman who had the name “Ouijia” printed above her head.

While some question the supernatural nature of the Ouija board, others do not dare disturb it.

When asked if he would ever use a Ouija board, Sam Ahlgrim ’16 said, “I don’t want to. I believe in spirits, and a Ouija board would just cause problems.”

Ahlgrim may never find his fingers on a pointer spelling out his fate, but he certainly won’t be shying away from theaters next horror-movie season.

“I am a big horror movie fan,” Ahlgrim admitted.

As for “Ouija,” Galvao said that she’s “been waiting for it forever.”

Whether a ghost story keeps you up for nights or you don’t let spirits spook you, “It’s good to get scared once in a while – it spices up life,” Galvao said.