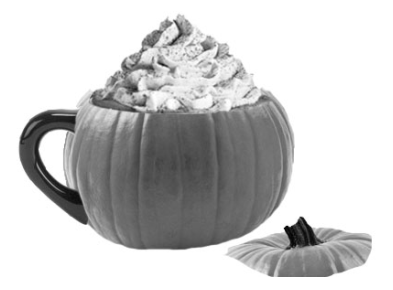 The pumpkin spice latte is the quintessential fall drink that many students look forward to as the summer days begin to dwindle.

Swirls of cinnamon, clove and nutmeg fill each sip, along with real pumpkin pie spice, creamy milk and a hint of espresso.

Those who aren’t a fan of coffee can order the latte without the espresso— also known as a “pumpkin steamer.”

Hallie Spear ’18 is a huge fan of the classic pumpkin spice latte.

“I love pumpkin spice lattes because I know, when they

Anna Bene ’16 is a lover of pumpkin spice lattes as well, but also has a few other favorite fall drinks.

“You can never go wrong with a pumpkin spice latte, but ever since I started working at David’s Tea, I’ve been obsessed with their pumpkin chai and maple sugar tea lattes,” Bene said.

Fall-inspired lattes aren’t the only kinds of drinks filling up student’s mugs in Autumn, though.

“I like them because they’re in season, and are the best quality in fall,” Lust explained.

No matter what seasonal drink is on your “to buy” list in fall, there is one common trait that’s shared among all of them— their timeliness.

In the words of Margot Mather ’17, “fall drinks are great for the season because they get you into the fall spirit all while warming you up.”