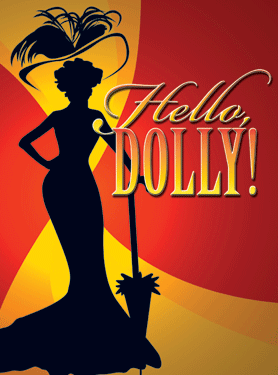 School is already three weeks in, which means rehearsals for the fall play, “Hello, Dolly!” are well underway.

“I love it, the songs are fun, and the plot itself is fun,” cast member, Ethan Lindenbaum ’17, says of the show.

The story follows a matchmaker named Dolly as she attempts to find a wife for millionaire Horace Vandergelder, although her real intentions become clear early on.

Staples Players performed “Hello, Dolly!” in 1984 and 2002, and they are hoping for a successful revamp this coming Fall.

The decision to produce this 1964 Broadway play for the third time is lauded by the cast and crew.  “It’s a very classic show that’s filled with music and singing.  Everything’s happy,” Zoe Samuels ’17 says of the play.  The cast has been having fun learning the lines and dance numbers, but they have also been putting in hard work.

“Mr. Rosenberg has taught us the songs and he has been so nice and so great,” Lindenbaum ’17 says of the Staples Choral Director.  With the dedication of the cast, crew, and teaching staff, Players has made progress after only a few rehearsals.

“We had literally a half hour rehearsal one day and you could see how the ensemble and chorus was picking [the songs] up really well,” Lindenbaum ’17 says.

“Hello, Dolly!” contains several dance scenes, the largest one being “The Waiter’s Gallop.”

“It’s a big dance show,” Samuels ’17 explains, and “energetic,” Lindenbaum ’17 adds.  However, in addition to singing and dancing, “Hello, Dolly!” contains several interweaving plotlines to keep the audience’s eyes glued to the stage.