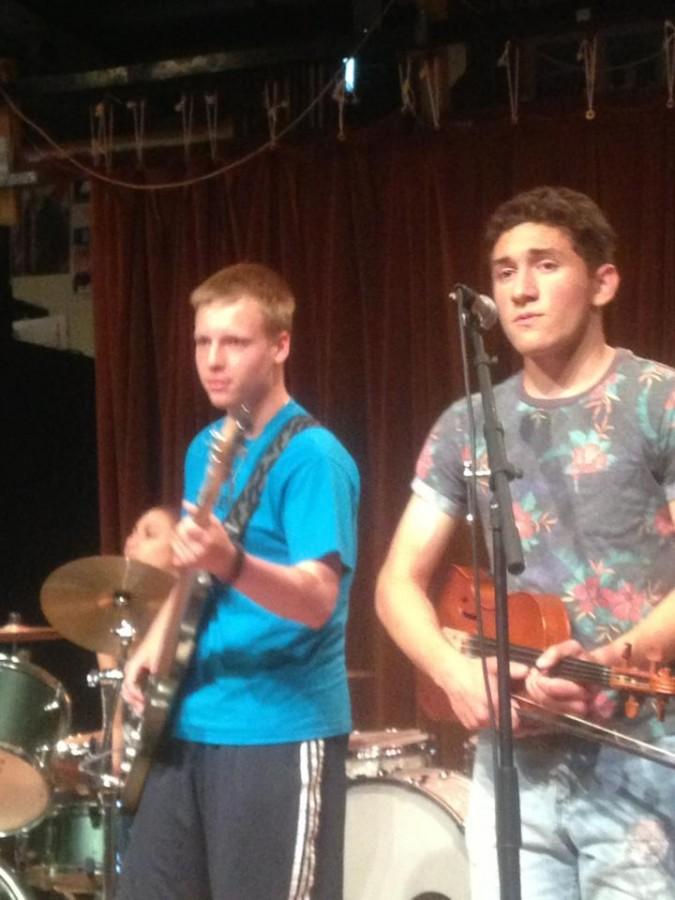 Svenson and Raigosa jam out at Toquet Hall on Saturday.

Raigosa says it’s great to “have a close community of friends who would not have known each other if not for the band.”

They played before local performers such as Teddy and Charlie, Chillingsworth, and popular band Royal Canoe, who opened for Bombay Bicycle Club a few weeks ago.

The crowd, consisting mainly of Staple students, roared with excitement as Clean For Stripper played some of their favorite songs such as Pompeii by Bastille and Safe and Sound by Capital Cities.

“It was so cool seeing kids from my school playing songs I love,” Sonia Klein ’16 said.

C4S formed over the summer and plans to play more gigs in the near future.Chen said that “It was amazing to play with so many experienced bands and it was a great learning experience as well as being a ton of fun.”